VF Corporation has named Denise V. Seegal as President and Chief Executive Officer of its Nautica division. She will assume the position held since August 2003 by Nautica founder, David Chu, who is leaving to pursue other interests.

Prior to joining VF Corporation, Ms. Seegal was CEO and President of Sweetface Fashion Company. During her career in the fashion industry she has served in a variety of executive positions at Liz Claiborne Inc., Calvin Klein Inc., Donna Karan International and Ralph Lauren Womenswear. Ms. Seegal will report to Eric Wiseman, Vice President and Chairman of VF's Outdoor and Sportswear Coalitions. She is expected to join the company in mid-October.

“I am delighted to welcome Denise to VF and to Nautica,” said Mr. Wiseman. “This is a very exciting time at Nautica as we move forward with our growth plans, and Denise has the strategic vision, brand building expertise and marketing savvy that will take the Nautica brand to the next level. Denise is a high caliber leader with the energy, experience and passion to fill this very important role within our company.”

Ms. Seegal has been CEO and President of Sweetface Fashions for its JLO business since June 2002. Since taking over the management of the JLO brand, Denise has increased the brand presence at retail through a focused approach to the merchandising and distribution, and through the negotiation of significant licensing agreements in beauty, lingerie and accessories. From 1996 to 2000 she served as President of Liz Claiborne Inc., a $4 billion publicly held supplier of branded women's and men's apparel, accessories and cosmetics.

Previously, she served for two years as president of the CK Men's and CK Women's division of Calvin Klein Inc. In 1988, she became the founding President of DKNY (Donna Karan New York), where she remained until 1994. From 1983 to 1988 she was Executive Vice President of Ralph Lauren Womenswear. Her retail experience includes seven years at Bloomingdales where she began her career and was promoted to a Group Merchandising Manager of Designer Sportswear.

“I look forward to working with Eric Wiseman and the talented Nautica executive team as we continue to build this powerful global brand. I will be proud to be part of VF Corporation and its future strategic growth initiatives,” Ms. Seegal said.

Mr. Wiseman added, “We are pleased with the progress of the Nautica business over the last year, and we appreciate the contribution David Chu has made to this effort. His unique perspective on the history of the brand has helped the Nautica team craft an exciting vision for our future.” 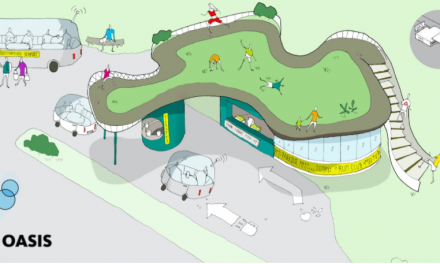