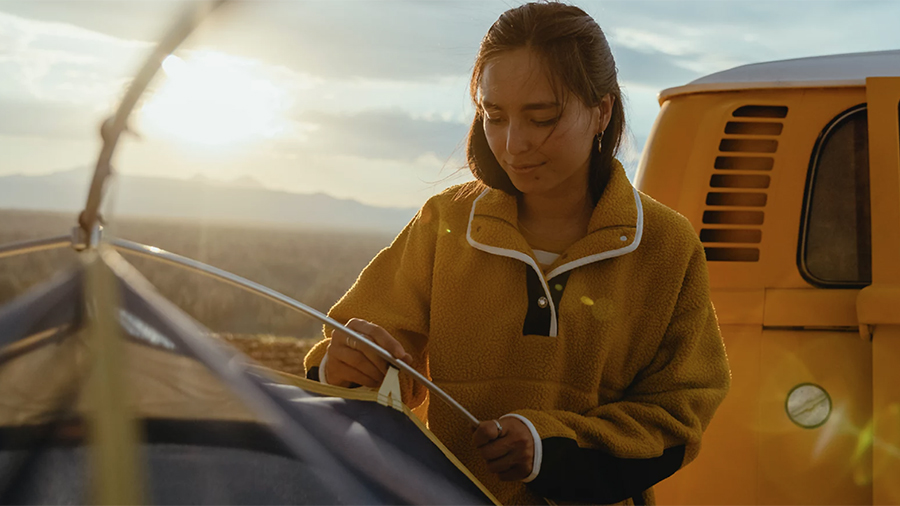 “As we move through the halfway point of our fiscal year, I remain encouraged by the underlying momentum across the portfolio, and the broad-based nature of this strength gives me confidence that we are driving the right strategy to accelerate growth in the quarters ahead,” said Steve Rendle, VF’s chairman, president and CEO. “While the recovery has been impacted by further pandemic-related disruptions, we continue to see accelerating demand signals across our business, and our ability to reaffirm our Fiscal 2022 revenue and earnings outlook is a clear testament to the resiliency and optionality of our model.”

COVID-19 Update
To mitigate the spread of COVID-19 and in response to public health advisories and governmental actions and regulations, VF has modified its business practices, including the temporary closing of offices and retail stores, instituted travel bans and restrictions, and implemented health and safety measures, including social distancing and quarantines.

The majority of VF’s supply chain is currently operational. Suppliers are complying with local public health advisories and governmental restrictions which have resulted in isolated product delays. The resurgence of COVID-19 lockdowns in key sourcing countries has resulted in additional manufacturing capacity constraints during the second quarter. Continued port congestion, equipment availability and other logistics challenges have also contributed to increasing product delays. VF is working with its suppliers to minimize disruption and is using expedited freight as needed. VF’s distribution centers are operational in accordance with local government guidelines while maintaining enhanced health and safety protocols.

VF is continuing to monitor the COVID-19 outbreak globally and will comply with guidance from government entities and public health authorities to prioritize the health and well-being of its employees, customers, trade partners and consumers. As COVID-19 uncertainty continues, VF expects ongoing disruption to its business operations.

Discontinued Operations, Occupational Workwear Business
On June 28, 2021, VF completed the sale of its Occupational Workwear business. The Occupational Workwear business was comprised primarily of the following brands and businesses: Red Kap, VF Solutions, Bulwark, Workrite, Walls, Terra, Kodiak, Work Authority, and Horace Small. The business also included a license for certain Dickies occupational workwear products that have historically been sold through the business-to-business channel. Accordingly, the company has reported the related held-for-sale assets and liabilities as assets and liabilities of discontinued operations and included the operating results and cash flows of the business in discontinued operations for all periods, through the date of sale.

The adjusted amounts in this release exclude costs related to VF’s business model transformation, a transformation initiative for our Asia-Pacific regional operations and certain cost optimization activities and other charges indirectly related to the divestiture of the Occupational Workwear business. Total costs were approximately $10 million in the second quarter of fiscal 2022 and $24 million in the first six months of fiscal 2022.

Combined, the above items positively impacted earnings per share by $0.07 during the second quarter of fiscal 2022 and $0.19 during the first six months of fiscal 2022. All adjusted amounts referenced herein exclude the effects of these amounts.

Balance Sheet Highlights
Inventories were up 2 percent compared with the same period last year. During the quarter, VF returned approximately $192 million of cash to shareholders through dividends. VF is reinstating its share repurchase program, under which it is authorized to repurchase up to $2.8 billion of its common stock. This plan was suspended on April 7, 2020 as a precaution due to the pandemic.

Dividend Declared
VF’s Board of Directors declared a quarterly dividend of $0.50 per share, payable on December 20, 2021, to shareholders of record on December 10, 2021. Subject to approval by its Board of Directors, VF intends to continue to pay its regularly scheduled dividend and is not currently contemplating the suspension of its dividend.