VF Corporation saw yet another surprisingly positive quarter in spite
of what is generally believed to be a weak retail environment. Third
quarter revenues increased 15% to $2.07 billion, compared with $1.81
billion last year. Top line growth was primarily driven by the Outdoor,
Jeanswear and Imagewear businesses, helped by revenues from 2007
acquisitions. The combined contribution to revenues from the
acquisitions of Eagle Creek, Majestic, The North Face China, 7 For All
Mankind and Lucy was $100 million. Excluding acquisitions, organic
growth rate for the quarter was 9%. Previously VF management indicated
that the 7 For All Mankind and Lucy acquisitions could be slightly
dilutive in the quarter, but, in fact, they were slightly positive.

Management continues to expect a fairly choppy retail environment.
Right now, the concern seems to be most concentrated on the mass market
and department store channels of distribution. These two channels
combined account for approximately 20% of VFCs total revenue base. In
addition, VFC management is keeping an eye on the costs and benefits of
the falling U.S. dollar. Like many apparel companies, VF is seeing some
higher costs in buying materials, but also is seeing some greater
revenue coming in from the companys growing international operations.

VFC is seeing strong growth in The North Face in both its retail and
wholesale businesses domestically and internationally and across its
outerwear, sportswear and footwear product categories. Management said
that TNF continues to see double-digit bookings into Spring 2008 with
all categories  footwear, sportswear, equipment and outerwear.

In April, VFC acquired The North Face business in China  and this
business is seeing “tremendous growth.” Management said that The North
Face China opportunity is “a brand new business for us. It's a very
difficult market to predict.” So, any direction on future growth is
difficult to divine.

Vans continues to grow in every segment, internationally and
domestically, both in its wholesale and owned-retail business. The
brand reported double-digit comp store sales growth during the quarter,
fueled by the core, vulcanized shoe business.

Outdoor operating income grew 16% in the quarter, slightly slower than
sales due to heavy investments in future growth of the brands within
the coalition. Operating margins remained at the 20% level.

In VFs sportswear business, a weak and very promotional department
store environment and warmer weather impacted Nautica revenues in the
quarter. However, the companys Kipling business in the U.S. continues
to grow rapidly.

VFs Imagewear coalition posted excellent results in the quarter with
revenues and operating income up 24% and 23%, respectively. In the last
two quarters, Imagewear's top line growth resulted from the Majestic
acquisition, but in Q3 the division generated healthy organic growth of
4%, in line with VFs long-term growth targets for the business. The
growth came from licensed sports apparel, which posted a 12% increase
in revenues excluding Majestic. The successful start to the NFL season
and strong Major League Baseball playoffs has helped the integration of
Majestic to go “very well.” Majestic's financial results were said to
be exceeding VFs initial expectations.

VFs two newest businesses, Lucy and 7 for All Mankind, now make up the
companys Contemporary Brand coalition. The two brands combined
generated revenues of $33 million and operating income of about $5
million since late August. 7 For All Mankind is doing particularly well
with its denim business performing strongly and good response
continuing to its newer sportswear lines.

Lucy marks VF's first pure, direct-to-consumer acquisition and
management sees great potential for the brand by expanding its retail
store base. In November, Lucy will be opening six new stores, bringing
the total number of Lucy stores to 60 by year-end. Over the next five
years, VFC sees a potential for 100 new stores.

On the balance sheet, inventories were up slightly higher than
customary due to the recent acquisitions and keeping outdoor
inventories higher in anticipation of future growth.

Gross margins were up 10 basis points to 43.9% from 43.8% with
operating margins also up by 10 basis points to 16.0%, meeting VFs
long-term goals. Going forward, management sees some additional
improvements possible in operating margin. Income from continuing
operations increased 13% to $209.3 million, compared with $186.0
million last year. Net income, including the effects of discontinued
operations was $207.2 million, or $1.84 per share, compared with $197.7
million, or $1.75 per share in the prior years third quarter.

In the third quarter, the company exceeded guidance by six cents per
share and they raised full year EPS guidance by that same amount. So
now VF anticipates EPS to rise slightly more than 13% for the year
versus previous guidance of 12%. In terms of revenues, VF raised
guidance to 15% growth, reflecting the strong quarter just completed.
For the fourth quarter, that increase implies revenues and EPS growth
of 18% and 13%, respectively. 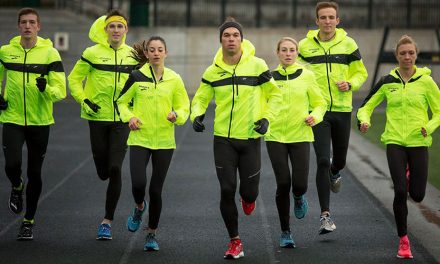