SEW caught up with Egeck last week to discuss his new role and got an update on other key moves within the TNF organization as well.

Egeck said he will continue to report to Eric Wiseman, VFCs chairman of the Outdoor and Sportswear coalitions. Mike said the move to appoint U.S and International chiefs for the Outdoor segment was made necessary because Wiseman was getting “way too many direct reports”. It would have become somewhat of a challenge after the Vans deal closed.

Egeck also said the expected post-acquisition volume of the Outdoor division made it necessary as well. “We should be one of the largest, if not the largest, outdoor companies by the end of the year,” said Egeck. He pointed to a consolidated business that will be “somewhat over a billion dollars in sales” this year.

According to Egeck, there will not be any consolidation into San Leandro of any of the brands under the Outdoor umbrella, with the exception of the Napapijri brand. It will close its current office in Vail, which is down to one employee who is expected to remain with the company. Mike said they will be building out new offices adjacent to TNFs offices. The Napapijri group is expected to be a smaller organization here as design and development will be based out of Italy. The D&D group here will be led by Mike Shulam, who comes out TNFs sportswear group. Egeck said he is the “first Napapijri hire” and will form the base of the infrastructure and build the D&D staff.

Sportswear will also be an upside for the Vans brand, according to Egeck. He said they expect to help Vans “staff and source for apparel” while leaving the existing management “quite intact” to continue their current strategy. “It is not broken,” said Egeck of Vans.

Egeck went on to say that the plan with all the acquisitions is to keep the front end separate while consolidating operations on the support and service side. Sales, marketing, and product will be unique to each group.

Regarding TNF, Egeck said that pre-season spring and fall bookings in footwear have doubled versus last year, growing the business with existing TNF apparel and equipment customers. He said the footwear business is now “about 10%” of the total TNF business, a share figure he would like to see grow to a third in the not to distant future.

He said TNF has been working really hard on the product the last few years and has now added some sales management expertise to help fuel additional growth.

Johnny Hawthorne, the former SVP for sales for Dexter Shoe Company, has joined The North Face to head up footwear sales. Egeck said Hawthorne will be like the “footwear conscience of the company”, ensuring that footwear is brought into each conversation. All sales agents will have dotted line reporting to him.

Leslie Meier also joins the company and will serve a Northeast regional manager for all categories and manage the New York City showroom. Leslie will be the first TNF corporate employee in the NYC showroom, which until now has been staffed by independent reps. The move comes as TNF doubles the size of the showroom space with a grand opening planned for October. The existing 2,000 square foot showroom will remain open as they upfit the new additional 4,000 sf space.

The sales groups in the Northeast and Mid-Atlantic will now report to Leslie while the balance of the country will report to national sales manager Todd Spaletto.
Hawthorne, Meier, and Spaletto all report to Steve Rendle, TNFs VP of Sales.

Karl Heinz Salzburger will remain President of Outdoor – International, with responsibility for The North Face, JanSport and Eastpak brands in Europe and Asia. He also is responsible for expanding the Nautica brand into new European markets and for the planned Napapijri brand acquisition. He is based in Volpago, Italy. 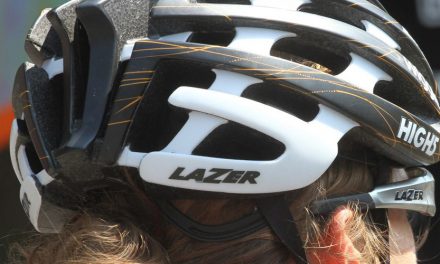