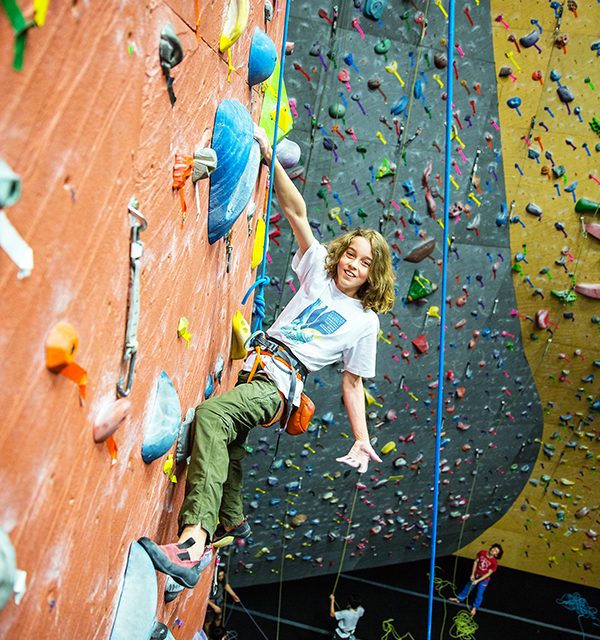 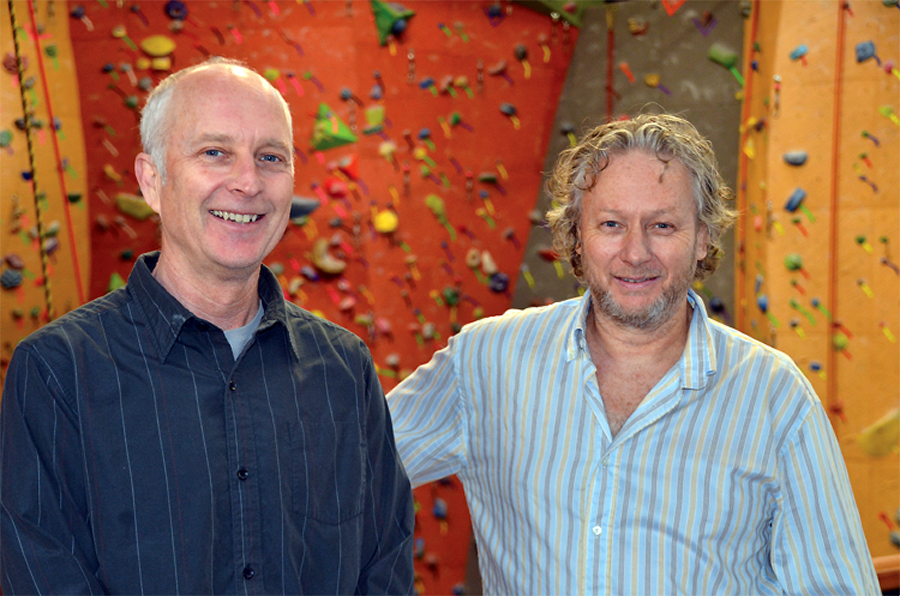 Rich Johnston and Dan Cauthorn, pictured left, co-founders of Vertical World—America’s First Climbing Gym—opened their first rock climbing gym in 1987 in Seattle, WA and are celebrating 30 years in business. The first gym was opened with little more than rocks glued to painted plywood.  Today, Vertical World offers programs to learn how to rock climb, but also fitness classes and educational programs for adults and kids. Read below what they have to say about starting the business and the future of the brand.

Can you believe it has been 30 years since the first climbing gym opened? Thirty years ago, in a rundown warehouse in Seattle, we were two ordinary climbers when we decided to glue some chunks of rock onto sheets of plywood. With not much more than a vague concept and a shoestring budget when we opened Vertical World, we were laying the foundation for what is now the indoor climbing gym industry.

Was it an immediate success? The local climbing community initially declared that the concept was doomed to fail when we put together the first gym with two-inch plywood, epoxy paint and rocks glued to various surfaces in the warehouse. That first year in business we brought in just $68,000—less than what it takes to cover payroll for two weeks in our current gyms.

When you first started who ran the business? When we launched in the fall of 1987, it was just Dan and myself running the business. Today we have over 80 employees, with another 15 coming on line with our new gym in Lynnwood, WA this summer.

When you look back on the first day you opened the climbing gym 30 years ago, were you prepared for all that it takes to run a successful business?  As is true of many outdoor landmark brands, we started with ingenuity, sweat, hope, naivety and little else.

It is amazing to think that the industry started in such a bootstrap way with us barely getting by with gluing rocks on the walls, cleaning the bathrooms every day, scraping enough money to buy another can of paint (every once in a while) and enjoying all the challenges thrown our way. The stories are prolific, and there are plenty of them.

What do you think of the indoor climbing industry today? Thirty years later, there are climbing gyms in every major city, handhold companies throughout the country, wall building companies flourishing, and gym facilities carving their significant financial mark on the outdoor industry. In fact, the 2020 summer Tokyo Olympic Games will feature sport climbing for the first time!

How many Vertical World gyms are fully operational today? Currently Vertical World has two locations with a third opening this summer: Seattle, Redmond, and Lynnwood, all in Washington State. We recently sold our Everett location to prepare for a new 100,000-square-foot gym we are building in Lynnwood, Tacoma, WA.

What is the ratio of business membership to all of the daily classes the gyms offer? Today, memberships account for about 60 percent of the business. The other 40 percent are from classes, camps, youth programs and fitness.

What is your connection to the local communities? We understand that it’s a big part of the ethos of the company. Community and education are a big part of Vertical World’s mission, and the youth programs and climbing team are essential to the core business. Vertical World has changed lives and created a community of young climbers who embrace climbing as part of their lives. It has affected families by encouraging parents to climb with their kids. 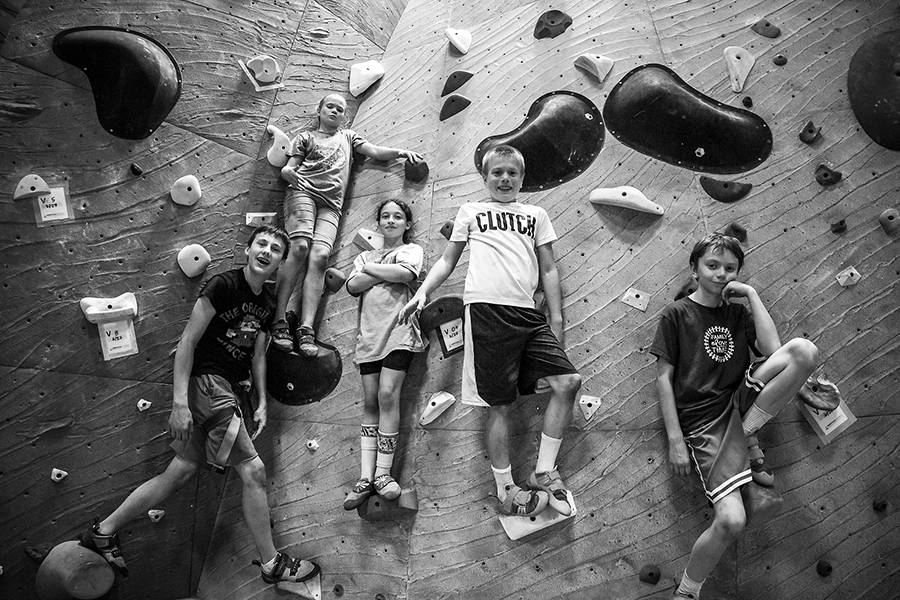 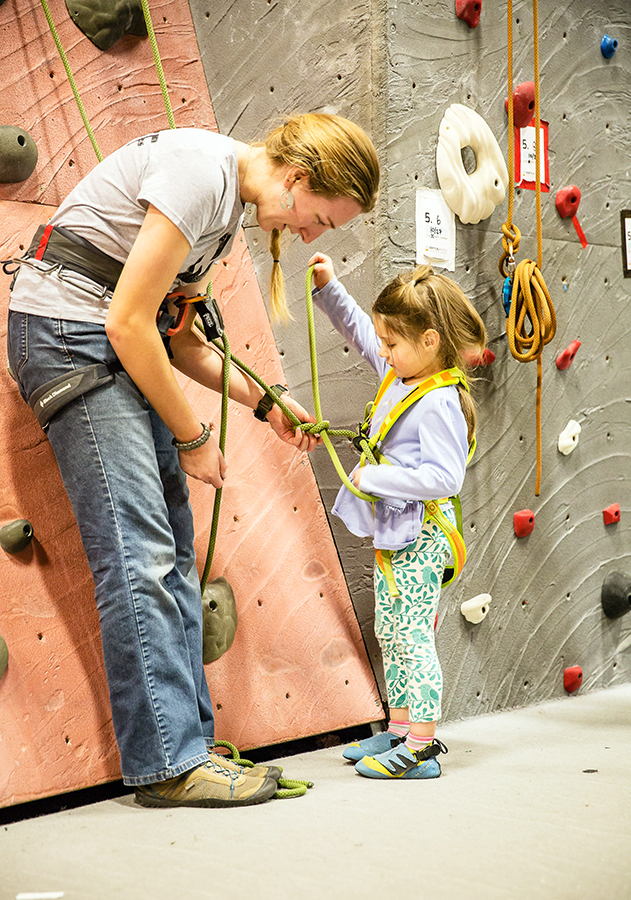 We have a philosophy that touches on the heritage and history of climbing. We are not a day care, or amusement park set up. We teach kids the risks and responsibilities of climbing. We educate youth on the importance of how they interface with the environment, out on trail work days and we teach the impact that climbing has on the outdoors. 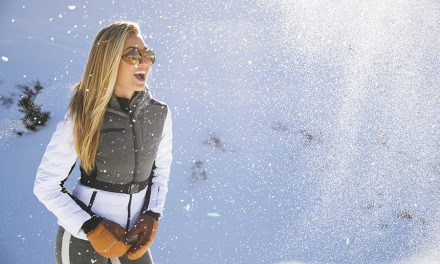 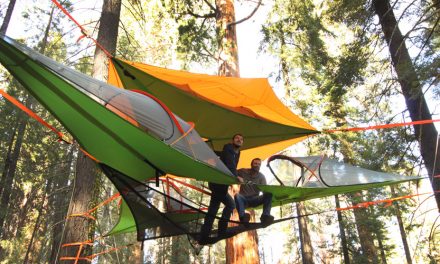