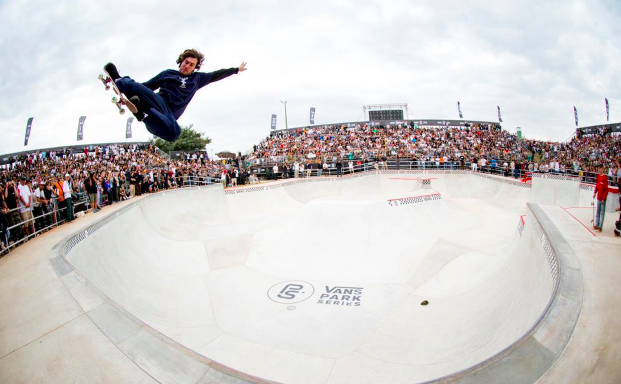 Vans Park Series returns to São Paulo, Brazil on June 22 to 23 as part of the second stop of the 2019 Pro Tour.

Hosted at the Vans Skatepark in Brazil, the second official VPS-certified park terrain facility in the world built byVans in 2018, the year’s event is slated for another packed house of passionate skateboarding fans. In the lineup, Brazilian natives Yndiara Asp and Pedro Barros will be participating.

After taking second last year at the VPS São Paulo stop, Asp reached the podium at two other VPS events, most recently taking 3rd place last month in China to start the 2019 season. Barros is known as one of the most powerful skaters in the Park Series, will make his first appearance of the 2019 season and is aiming to win a third consecutive VPS Brazil title.

Located in the heart of São Paulo, the biggest city in Brazil, Vans will return for the second time to its new park, a public, free access, built-to-spec skatepark with over 2,800 square feet of park terrain, featuring a 9 1/2-foot-deep end, multiple transfers, extensions, a center volcano, ledges, rails, and smooth concrete coping all around.