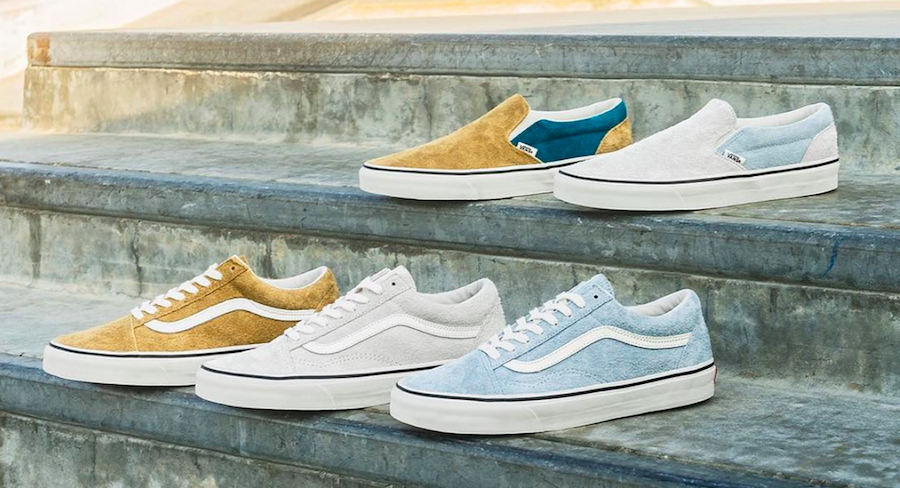 As a result, the company again raised its guidance for the year.

“Our third quarter results were a bit stronger than expected with broad based strength across core growth engines: International, direct-to-consumer, our big three brands and Workwear,” said Steven Rendle, CEO, on a conference call with analysts.

Third quarter revenue from continuing operations increased 5.4 percent to $3.5 billion and gained 4 percent on a currency-neutral basis. As warned during its second-quarter conference call, VF’s growth rate in the latest period was reduced by about 3 percent on a currency-neutral basis due to a significant shift in the timing of delivery of fall orders from the end of September to early October, when the fourth quarter starts. VF officials had said retailers are looking to set their floors “closer to need.”

SG&A as a percentage of revenue was up 240 basis points to 33.2 percent in the quarter. More than half of that increase was driven by investments in D2C, demand and product creation, innovation and technology. Higher incentive compensation due to the improved results was also a factor.

Net earnings fell 22.5 percent to $386.1 million, or 98 cents a share, dragged down by discontinued operations, charges at Nautica and its Williamson-Dickie acquisition, and currency headwinds. Adjusted EPS excluding these items increased 10 percent to $1.23 in the quarter, beating its guidance range of $1.09 to $1.12 given in July.

Based in its strong third-quarter performance and confidence in the balance of the year, Rendle said the company is not only increasing its full year outlook but raising its dividend for the 45th year in a row and committing an additional $25 million to fuel growth. Combined with the $40 million in growth-investments announced in July, VF has have now committed $65 million of additional investment behind its strategy relative to its initial outlook in February.

Rendle said about half of the investments are being deployed around “demand creation” with a focus on the third and fourth quarter and specifically towards D2C, our digital platform, “but also driving broader brand awareness that benefits not only our broader brand but our wholesale partners.”

Investments are also planned around data analytics to support its digital platform as well as advanced manufacturing to improve supply chain speed and efficiencies.

Rendle overall said investments and initiatives set in place earlier this year as part of its 2021 growth plan to become more consumer and retail centric are beginning to pay off.

Said Rendle, “You are beginning and I stress beginning to see that comes to life in our results. We will reshape our portfolio and align ourselves with our financial aspirations. We’ve made progress thus far in 2017, but we are not finished. We see many unique catalysts to ignite accelerated growth and value creation during the next several years.”

North Face Impacted By Delayed Fall Deliveries
The North Face’s global revenues decreased 3 percent, driven primarily by the shift in fall delivery. (All figures for brands are on a currency-neutral basis.) On a normalized basis adjusted for the shift, revenue increased 3 percent. D2C increased at a low-double-digit rate with mid-single digit comps and more than 20 percent growth from digital. Wholesale was down 6 percent but would have increased at a low-single-digit rate excluding the order book shift.

In the Americas, revenue, as expected, declined 10 percent. High-single digit D2C growth – including more than 12 percent growth in digital – was more than offset by a mid-teen decrease in wholesale, influenced by the order book shift. Without the shift, revenue in the Americas was down about 1 percent.

Lifestyle, accessories and fall transition products such as rainwear and lightweight pieces generated solid growth for North Face in the quarter. In August, the brand partnered with climbing gyms around the world as part of its Walls Are Meant for Climbing campaign. Said Rendle, “The campaign intended to unite our global communities to the sport of climbing, is the perfect embodiment of The North Face spirit of exploration.”

In Europe, North Face jumped 17 percent, including mid-teen growth in wholesale and high-teen growth in D2C. Digital expanded more than 50 percent in the quarter.

“Consumer demand for The North Face brand remains exceptionally strong across the region with double digit growth across all major product categories,” said Rendle. “And building on our success in Asia, the urban exploration product territories now in select markets across Europe and initial sell through results have been exceptional. Given the broad-based momentum we have in the region we expect growth to accelerate further as we move into the fourth quarter and into 2018.”

Asia returned to growth for North Face and was up 4 percent. D2C increased at a mid-teen rate with almost 30 percent growth from digital while wholesale increased at a low-single digit rate. The Gore jacket and its urban exploration collection are showing strength early fall. Rendle noted that China “remains highly promotional.“

VF continues to expect North Face’s growth to be at the high end of the mid-single digit range for 2017.

Among product categories, Vans icons, including the old school and black and white checkerboard designs, more than doubled in the quarter. The new Ultra range franchise launch exceeded expectations in it back-to-school period with 50 percent sell through in D2C and about 75 percent sell through at wholesale, even at higher average selling price.

Vans also launched the Customs 2 platform in Europe, accelerating digital growth in the region. In the Americas, Vans opened a new aspirational boutique store, The General in Brooklyn, which showcases its elevated product as well as the Vans Customs platform. Added Rendle, “This space exemplifies what Vans is all about, inspiring, created self-expression with consumers in communities it serves.”

Based on the strength of third quarter performance, as well as increased growth expectations for the fourth quarter, VF now expects Vans to show 15 percent growth in 2017, up from its prior outlook at the high end of the low double-digit range. Said Rendle, “The brand is stronger than it has ever been with broad-based growth across all regions, channels and product categories. Retail inventory levels are in great shape and we remain disciplined with respect to inventory management, merchandising and assortment planning.”

Timberland Finding Growth In Non-Classics In The U.S.
Timberland’s revenues dipped 2 percent, again reflecting the shift in fall orders that was estimated to have reduced the brand’s global revenue by approximately 5 percent in the quarter. High-single digit growth in D2C, including more than 35 percent growth in digital, was more than offset by a mid-single digit decline in wholesale.

In the Americas, Timberland’s revenues dropped 7 percent but would have increased at a low-single digit rate on a normalized basis, adjusting for the shift. High-single digit growth in D2C was offset by a high-single digit decline in wholesale. On the positive side, Timberland’s non-classics business increased at a low-double digit rate, reflecting efforts to reduce the region’s reliance on classics. The brand’s SensorFlex and AeroCore platforms saw more than 75 percent growth in the Americas while its women’s product “also continues to appeal to consumers with 20 percent growth in D2C,” said Rendle.

Timberland PRO business “remained very strong with more than 30 percent growth” in the Americas, he added.

In Europe, Timberland’s revenue increased 3 percent, also influenced by a shift in the landing of fall orders. Results were driven by mid-teen growth in D2C and low single digit growth in wholesale. Digital vaulted more than 50 percent with strong results from the brand’s new locally designed women’s platform. Said Rendle, “Our momentum across the region is strong and our growth broad-based with high single to low double-digit growth across both footwear and apparel.”

In the Imagewear segment, including Workwear, sales grew 8.5 percent to $138.9 million and gained 8 percent on a currency-neutral basis. Imagewear’s operating income was down 6.7 percent to $22.4 million and lost 10 percent at constant currencies.

Asked in the Q&A session about North Face’s trial with Amazon, Rendle said the company is being “very thoughtful” about where Amazon fits into its segmentation strategy to support both sides.

“Early, it looks good,” said Rendle. “We’re having significant progress in helping clean up the unauthorized dealers that are on that site and in many ways, have been some of the market pricing dynamics the brands dealt with. So, it’s early, we’re confident, they are a long-term partner, they’re an important partner on a global basis for sure.”

Rendle also noted in the Q&A session that October started “a little bit slow” but colder weather has resulted in an “acceleration” of sales, particularly in North America.

Added Rendle, “We’re bullish, our order book really reflects how our wholesale partners are thinking about setting up their floors more in line with consumer demand, that’s here in the United States, but it’s also true that how we’re working in Europe and Asia and you really think we’ve got good assortment sitting on the floors at the right time, inventories that are good check, and really now it’s about driving sell through and that’s where that demand creation investment has been put forward to help to drive that.”