Vail Resorts Inc. reported Retail/rental revenues increased by $9.9 million, or 13.4 percent in the second quarter ended Jan. 31, due in large part to increases in rental revenue; strong growth in retail sales generated from O2 Gearshop and increases at stores at its Tahoe resorts, which saw significantly better snowfall and weather conditions during the current year fiscal year compared with a year earlier.

“We are very pleased with our performance in the second quarter of fiscal 2013, which was notable for two distinct dynamics we experienced in the quarter, explained CEO Robert Katz. The first was our results through the middle of December, which were marked by unusually warm and dry weather in Colorado that limited the terrain we could open, leading to lower than expected results for our four Colorado resorts.  The second began with the Christmas and New Year’s holidays as weather conditions in Colorado returned to more normal patterns, leading to strong visitation and significant consumer spending in our ancillary businesses producing a record holiday season.  Subsequent to the holidays, this momentum continued with solid results through the end of January.
For the quarter, excluding the acquisitions made since the second quarter of fiscal 2012-13, lift revenue excluding season pass revenue was up 11.9 percent compared with the same period in the prior year and we saw continued growth in ancillary revenue, with dining revenue up 11.7 percent, retail/rental revenue up 10.7 percent, and ski school revenue up 9.5 percent.  Additionally, excluding the Acquisitions, Mountain Reported EBITDA increased $16.6 million, or 13.7 percent compared to the three months ended January 31, 2012.”
Season-to-Date Metrics through March 3, 2013
The company announced ski season-to-date metrics for the comparative periods from the beginning of the ski season through Sunday, March 3, 2013, and for the similar prior year period through Sunday, March 4, 2012, adjusted as if Kirkwood, which was acquired in April 2012, was owned in both periods.  The reported ski season metrics do not include the results of Afton Alps and Mt. Brighton in either period. The following data is interim period data and subject to fiscal quarter end review and adjustments.

Season-to-date total lift ticket revenue, including an allocated portion of season pass revenue for each applicable period, was up approximately 10.3 percent compared to the prior year season-to-date period.

Season-to-date ancillary spending outpaced our growth in skier visitation, with dining revenue up 12.5 percent, ski school revenue up 11.8 percent, and retail/rental revenue up 10.0 percent compared to the prior year season-to-date period.
Season-to-date total skier visits were up 3.8 percent compared to the prior year season-to-date.
“The growth in season-to-date visitation and ancillary revenue reflects the continued strong performance of our business despite managing through a challenging start to the season, said Katz. We are seeing continued success from our efforts as the trends in visitation, lift ticket revenue and guest spending have all accelerated since we last reported metrics in mid-January.  This season further underscores the strength of our business model, which is to continually reinvest in our world-class resorts and provide exceptional guest service and a comprehensive vacation experience, driving continued guest loyalty, including through our industry-leading season pass programs.” 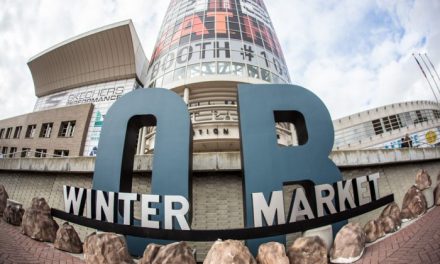 Rack Vendors Focus on Ease of Use at ORSM