USA Swimming, the national governing body for the sport of swimming in the U.S., hired Shana Ferguson, a former Under Armour executive, as its new chief commercial officer (CCO). Ferguson is the newest executive to join the NGB’s leadership team since the arrival of President and CEO Tim Hinchey III in July 2017.

“We have truly taken another great step forward as an organization with the addition of such a creative and experienced executive like Shana,” Hinchey said. “From our very first conversation, I was blown away by her tenacity, professional experience and industry knowledge. As a former swimmer, not only does she know the ins and outs of our community, but she’s also perfectly well-suited to help us share authentic stories, sell a valuable product, and grow support for our organization across all levels, from grassroots to corporate partnerships.”

A former collegiate swimmer at the United States Naval Academy, a veteran of the United States Marine Corps and a long-time sports-industry executive, Ferguson spent a decade with sportswear giant Under Armour as the head of global experiential marketing, head of global corporate social responsibility and head of marketing for UA Canada. Ferguson was most recently vice president of integrated marketing & communications at Icahn Automotive Group, an automotive aftermarket conglomerate.

“This is a dream opportunity to impact a sport I love, alongside people I admire,” said Ferguson. “Tim has built great momentum and a solid team I am proud to join. Together we will champion the life-saving skills of swimming while supporting our nation’s fastest swimmers on the grandest international stage, all while forging lasting relationships with top-tier partners. This is an exciting time to join USA Swimming!”

In her role, Ferguson will lead and manage the Commercial Division, including the core functions of sponsorship sales, revenue generation, marketing campaigns, communications, events and ticket sales, business intelligence and media rights. She will create and support strategic plans to grow the organization’s business portfolio and generate revenues that enhance and expand USA Swimming’s activities, programs and marketable assets, creating more effective membership communication and benefits.

Since coming on board in mid-2017, Hinchey has spent his first 18 months on the job re-envisioning and re-positioning the organization’s overall leadership team, including its core Strategy Team and Managing Directors. Following the promotions of Chief Administrative Officer Lucinda McRoberts and National Team Managing Director Lindsay Mintenko, and the additions of Eric Skufca (Chief Financial Officer), Joel Shinofield (Managing Director, Sport Development) and Isabelle McLemore (Managing Director, Communications), the four men and four women management team now brings an un-paralleled level of diverse experience focused on better understanding, enriching and serving its membership base across the country.

Ferguson, who began her new role in April, will be based in Colorado Springs and report directly to Hinchey. 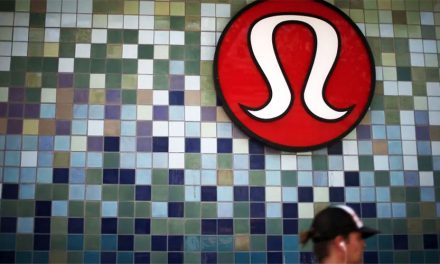