The raids by local Chinese authorities resulted in the seizure of tens of thousands of counterfeit items including finished clubs, club heads, shafts, head covers and bags. Additionally, local authorities seized the equipment used to manufacture the counterfeit items. This elimination of a highly active operation represents the latest success in the Golf Group’s fight to limit the production, distribution and sale of fake golf products.

“We are very pleased with the continued success the Group has had in collaborating with Chinese law enforcement and taking action against counterfeiters,” said Christa McNamara, vice president of corporate communications for TaylorMade adidas Golf. “The Group had its most productive year ever in 2012 and were glad that weve already begun 2013 with a big success.”

On March 5, after an extensive investigation and continuous monitoring, a group of local authorities from the Chinese Administration for Industry and Commerce (AIC) and the Public Security Bureau (PSB) raided a two-story warehouse and assembly workshop in Dongguan City. Officials also raided the residence of the counterfeit ring’s leaders, Li Jinmin and Jiang Xiaohua, which served as a second warehouse. Li Jinmin was detained on-site at the warehouse raid along with three other employees. Jiang Xiaohua, Jinmin’s wife, was detained shortly afterwards following a car chase. Both main suspects have since been placed in criminal detention.

“With each success, we are becoming more sophisticated and tactical in collaborating with authorities in the pursuit of finding and shutting down counterfeiters,” said Joe Nauman, executive vice president for corporate and legal for Acushnet Company. “The Group continues to dedicate itself to constantly pursuing leads on counterfeit operations and educating consumers to help prevent golf enthusiasts from falling victim to these scams.”

In 2012, the Golf Group saw tremendous success seizing more than 500,000 counterfeit golf products with the assistance of Chinese law enforcement. The efforts were highlighted by a clustering campaign initiative that resulted in more than 30 arrests from raids on 14 different locations. The Group carried that momentum into 2013 by working with Chinese officials to begin this investigation within the first few weeks of the year.

The Golf Anti-Counterfeiting Group consists of five of the most well-known golf companies in the world — Acushnet Company whose brands are Titleist, FootJoy and Scotty Cameron; Callaway-Odyssey; Cleveland Golf, Srixon and Never Compromise; PING and TaylorMade-adidas Golf and Ashworth. Since 2004, the Golf Anti-Counterfeiting Group has worked with international law enforcement and government agencies to conduct raids and investigations of counterfeit operations, as well as raise public awareness of the issue. In 2012, the Group’s efforts with the help of Chinese law enforcement led to the seizure of more than 500,000 counterfeit golf products highlighted by a clustering campaign initiative resulting in the arrest of more than 30 suspects from raids of 14 different locations. 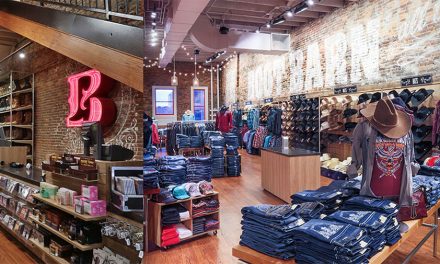