US And Canada Strike Deal To Replace NAFTA

The U.S., Canada and Mexico have reached a deal to revamp the North American Free Trade Agreement (NAFTA). The new deal, called the U.S.-Mexico-Canada Agreement, or USMCA, keeps the framework of NAFTA largely intact, maintaining the status quo of free trade between the three countries.

The recast deal features significant changes for the car industry. From 2020, cars must have 75 percent of their parts manufactured in Canada, Mexico or the U.S. to qualify for zero import tariffs, an increase from the current 62.5 percent requirement. At least 40 percent of a car made in North America must also be made by a worker earning at least $16 an hour.

In other categories, U.S. farmers will secure greater access to Canada’s dairy market through an increased quota on foreign imports.

US Trade Representative Robert Lighthizer and Canadian Foreign Minister Chrystia Freeland—the two top negotiators on USMCA—said in a joint statement that, together with Mexico, they had reached a “new, modernized trade agreement.”

“USMCA will give our workers, farmers, ranchers and businesses a high-standard trade agreement that will result in freer markets, fairer trade and robust economic growth in our region,” the statement read. “It will strengthen the middle class and create good, well-paying jobs and new opportunities for the nearly half billion people who call North America home.”

One surprise area where there has been no change is that U.S. tariffs on Canadian and Mexican steel and aluminum will remain for now, even though this was seen as a key barrier to a deal.

The revamped deal has 34 chapters and governs more than $1 trillion in trade between the three countries. It must still win approval from the U.S. Congress, which is unlikely to happen until next year. 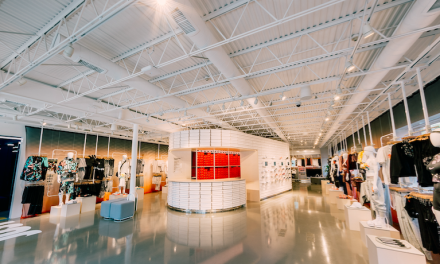