University Of Minnesota Duluth Extends Partnership With Under Armour 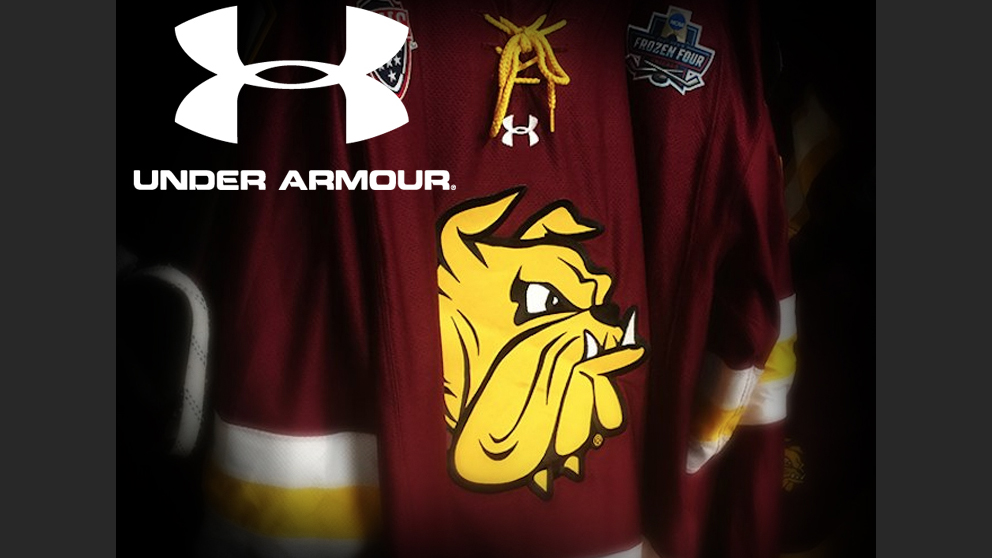 The University of Minnesota Duluth (UMD) announced that its partnership with Under Armour and Universal Athletic has been extended through 2028.

Under Armour became the official outfitter of UMD on August 22, 2013.

The agreement includes marketing assets that will complement Under Armour’s brand marketing campaigns through print and venue presence on the UMD campus and at AMSOIL Arena.

“This extension furthers a key partner for Bulldog Athletics,” said UMD Athletic Director Josh Berlo. “Under Armour and Universal Athletic have partnered to provide unprecedented levels of product for teams of UMD Athletics.  We look forward to competing in the most technologically advanced and industry leading uniforms for the foreseeable future.  We are proud to represent Under Armour in the region and across the nation.”

Regional Manager for Universal Athletic, the local servicing entity for Under Armour and former UMD baseball student-athlete Corey Goblirsch added: “We are so excited to extend our partnership with UMD.  Year after year we follow their success on a national level in competition, but their commitment to the classroom and community is equally impressive to the strong athletic teams we’ve all come to expect from UMD.  The culture at UMD is sending student-athletes into the world to find immediate success makes the Bulldogs the perfect partner for us.  We are excited for many more years of co-branding the Bulldogs and Under Armour, and watching their success continue to impress.”