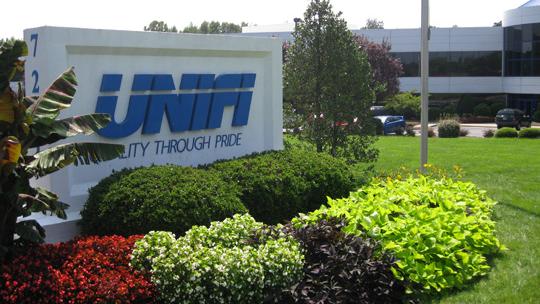 For the second quarter of fiscal 2019, the company expects:

“While we remain committed to delivering our revenue growth targets, and are confident in our Partner, Innovate and Build Strategy, our fiscal second quarter profitability was considerably lower than we anticipated,” said Kevin Hall, CEO of Unifi. “Polyester raw material costs spiked in September to reach a multi-year high in October, resulting in short-term demand disruption. While those costs have declined since, gross margins were pressured throughout the second quarter as we worked through the higher-cost inventory. These headwinds were compounded by lower production volumes and a weaker sales mix.”

Hall concluded, “Despite these headwinds, we saw continued growth in certain international operations against foreign economic and currency pressure. As we look forward, we continue to forecast solid revenue growth in the second-half of fiscal 2019, and we expect to drive stronger operating income and Adjusted EBITDA given the recent decline in raw material costs, the seasonal demand that historically occurs in our third and fourth quarters, and the continued traction of our PVA portfolio. This second-half outlook includes gross margins near more seasonal norms in the third and fourth quarters. Therefore, we are reiterating our top-line guidance for the year and have adjusted our outlook for fiscal 2019 operating income and Adjusted EBITDA.”

For fiscal 2019, the company is updating its outlook as follows: