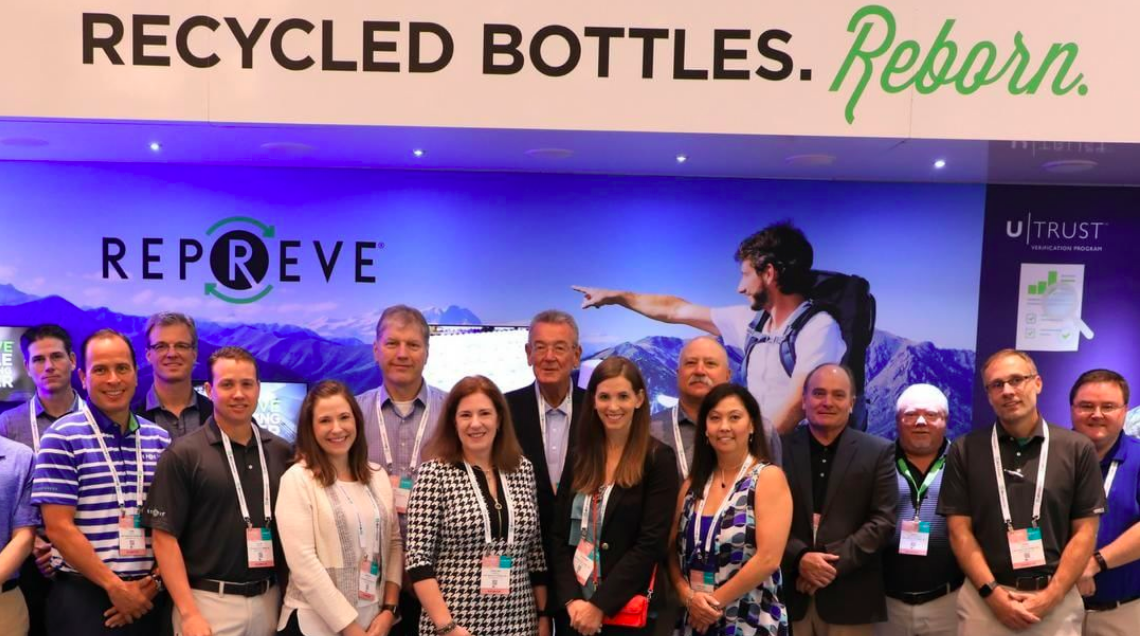 Unifi Inc.’s adjusted earnings declined in the fourth quarter ended June 24 due to spiking crude oil prices. But the recycled fiber specialist saw healthy top-line growth and gross profit and operating income for the fourth quarter improved compared to the third quarter with the help of pricing adjustments.

“Given our top-line performance and initiatives to counter the recent rise and acceleration of raw material costs, we were able to make some progress on normalizing profitability, even as significantly higher raw material costs remains a substantial headwind,” said Kevin Hall, chairman and CEO of Unifi, on a conference call with analysts.

Gross margin was 13.2 percent, compared to 16.0 percent for the year-ago quarter. The decrease in gross margin was driven primarily by higher raw material costs and a less favorable sales mix, in combination with a highly competitive domestic environment. Gross margin increased more than 300 basis points from the third quarter of fiscal 2018, as raw material-related pricing adjustments continued to take hold in the fourth quarter.

Crude oil prices were 50 percent higher in the fourth quarter of 2018 compared to the end of fourth quarter of 2017. Said Hall, “The impact remains substantial due to the acceleration up to this level during the fiscal year. We have more work to do over the next couple of quarters for pricing to catch up to a high level of input costs and this remains a top priority.”

SG&A expenses in the quarter increased $1.2 million year over year as a result of investments in the company’s expanding international operations and domestic commercial capabilities. Operating income slumped 28.5 percent to $9.3 million.

Including a benefit of 19 cents a share from the reversal of an uncertain tax position, net earnings rose to $10.8 million, or 58 cents a share, from $9.7 million, or 52 cents, a year ago. Excluding the tax benefit, earnings slumped 23.9 percent to $7.4 million.

For the full year, sales increased 4.9 percent to $678.9 million, due primarily to increased global sales of PVA products. On an annual basis, PDA revenue exceeded $300 million for fiscal 2018 and puts Unifi in line to reach the company’s goal of recycling 20 billion plastic bottles by 2020. Unifi recently surpassed the 12 billion plastic bottle mark.

The launch during the quarter of a new Unifi positioning focusing on developing innovative and sustainable performance fibers was “very successful” with a newly designed website, unify.com, seeing a 40 percent increase in June traffic.

On the innovation side, Unifi with the company’s Repreve platform will be focusing on thermal regulation, superior cushioning and coverage and improved wicking on moisture management.

Commenting on proposed tariff on China and trade overall, Hall said, “Today, there is great uncertainty in the space, but we haven’t seen strong evidence that current proposals and negotiations will have a material impact on these overall cost structure or our competitive position. However, we are still assessing the impact of the current proposals, and trade negotiations may close on both in the short and long-term, and we are preparing to take appropriate actions should any impacts materialize.”

Hall also touched on Unifi’s recent announcement that had ended negotiations on the proposed joint venture in Guatemala. Said Hall, “We remain committed to the Central America region. But were unable to reach a definitive agreement on this specific venture. We will continue to look at other opportunities across the America’s that will both leverage our assets and help us expanding the most efficient manner possible while meeting our financial requirements.”

Unifi issued an outlook for fiscal 2019 of mid-single-digit percentage growth in revenue and mid- to high-single-digit growth in operating income. Strong growth rates are expected to continue in international markets. Polyester growth rates are projected to be in line with fiscal 2018 levels and to benefit from continued expansion of the chip and flake businesses. Nylon is expected to begin stabilizing with the benefits of commercial investments made in 2018.

“Fiscal 2018 marked a challenging but promising year as the strategic investments that we made across the business materialized into accelerated top-line performance, which we believe will be sustainable into fiscal 2019,” said Hall.  “While higher raw material costs significantly pressured our margins and profitability in fiscal 2018, we began to see a positive impact in the fourth quarter from recent pricing adjustments. As we look to fiscal 2019, we plan for improvement in all our major performance metrics and continued progress against our strategic initiatives and long-term profitability.”

Nike to Once Again Produce Soccer Balls in Pakistan