Unifi Inc. disclosed that it has extended its yarn supply agreement with its largest customer –  Hanesbrands Inc. – another month to June 30 to allow the companies more time to negotiate a longer-term agreement.


Hanesbrands accounted for 12 percent of Unifi’s U.S. sales in the fiscal year ended June 30, 2013, or $67.8 million, making it the company’s largest customer. Hanesbrands derived 52 percent of its revenue last year, or about $2.39 billion, from sales of innerwear and activewear to Wal-Mart Stores Inc., Target Corp. and Kohl’s Corp.

Unifi is the dominant supplier of multifilament polyester and nylon yarn in the United States and last year expanded its polyester yarn plant in El Salvador to accommodate growing regional demand. Much of its yarn ends up in fabrics used by cut and sew facilities in Mexico, Central America, Columbia and Peru to make apparel that is exported back to the United States duty free under regional free trade agreements.

About half of the factory space Hanesbrands owns or leases outside the United States is located in Central America and Mexico, or instance.

Eddie Bauer, Patagonia, Polartec, REI and The North Face source significant amounts of fleece and other apparel made with Unifi’s Repreve polyester yarns from the region. 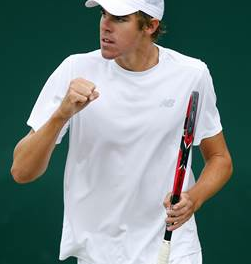