Under Armour To Open Store In Downtown Detroit

Under Armour plans to open its first Brand House store in downtown Detroit in 2017.

The 17,000-square-feet location will be located at 1201 Woodward. According to Crain’s Detroit, Under Armour will take the basement, first and second floors of the building, which is also occupied by Fathead LLC.

Under Armour’s CEO, Kevin Plank, and Dan Gilbert, founder and chairman of Quicken Loans Inc. and Rock Ventures LLC, made the announcement of the new store at a charity event on Saturday. The benefit was for the Children’s Tumor Foundation, an organization which Gilbert serves on the board of directors, at Cobo Center.

“Under Armour is excited to open its first Brand House in downtown Detroit in the spring of 2017 at 1201 Woodward Ave. Detroit is an ideal location for Under Armour as an icon of Americana,” Bedrock and Under Armour said in a joint statement. “Just like Under Armour’s hometown of Baltimore, Detroit is currently experiencing an unprecedented wave of momentum, and we can’t wait to be part of their exciting success story.”

Under Armour has other outlet locations in Michigan in Howell and Birch Run, but the location will be its first “Brand House” in Michigan.

Under Armour has 17 Brand House stores in the U.S. Recent openings include its first store in Boston at the Prudential Center in the Back Bay neighborhood, its first Philadelphia store opened on Walnut Street and its second location in New York  City opened at the new World Trade Center retail complex in lower Manhattan 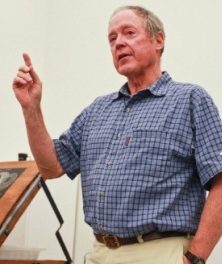