Under Armour And Fanatics Partner On Long-Term MLB Deal 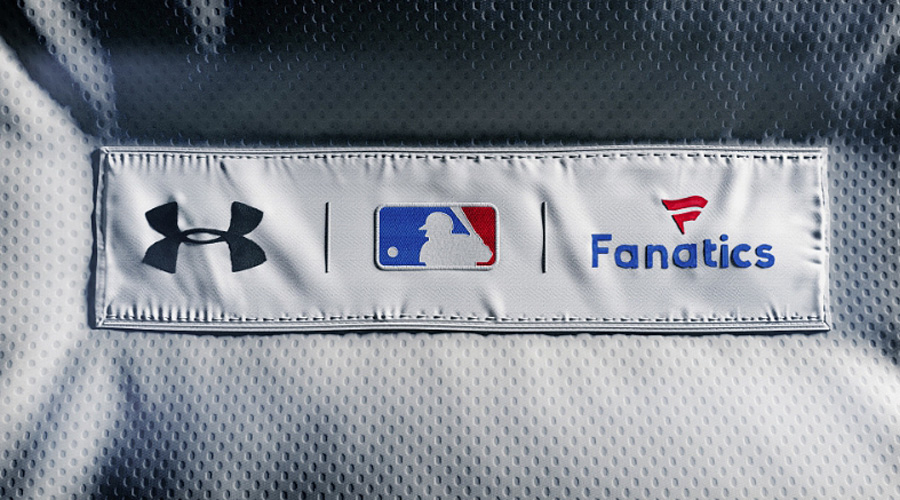 Under Armour, Fanatics and Major League Baseball (MLB) inked a 10-year partnership that names Under Armour as the official uniform provider to MLB. The deal marks Under Armour’s first-ever professional league uniform deal.

The joining of the three organizations, according to a joint statement, “introduces a new revolutionary model defined by its vision for – and investment in –serving millions of fans and players at all stages of the game. The collaborative partnership will provide cutting-edge on-field apparel for players, as well as the most responsive and significant merchandise assortment ever available for fans.”

The partnership will commence in the 2020 MLB season. Majestic Athletic has long been MLB’s uniform provider and will continue for the next three seasons, while Nike will run its parallel course being the league’s official baselayer provider (a right that will also be transfered to UA).

Beginning in the 2020 MLB season, Under Armour will be the exclusive MLB provider of all on-field uniform components, including jerseys featuring prominent Under Armour branding, baselayer, game-day outerwear and year-round training apparel for all 30 MLB Clubs. Fanatics will be granted broad consumer product licensing rights to manage the manufacturing and distribution of Under Armour and Fanatics fan gear, which include jerseys at retail, name and number products and postseason apparel. Under Armour and Fanatics expect to offer an assortment of new fan gear apparel and accessories at retail, prior to the 2020 season.

Under Armour said its mission of making all athletes better through passion, design and the relentless pursuit of innovation will be apparent through all aspects of this partnership. In addition to innovative on-field uniforms, Under Armour will provide exclusive Connected Fitness offerings to MLB teams, which will power and provide athletes with state-of-the-art technology designed to inform and strengthen player performance.

“Under Armour is proud of our long-standing relationship with MLB and we look forward to this exciting next chapter. This is a watershed moment for the Under Armour brand as this partnership with MLB and Fanatics furthers our collective dedication to bringing passion, energy and innovation to the game of baseball,” said Kevin Plank, founder and CEO. “Under Armour’s goal is to engage and excite MLB’s incredibly diverse fan-base across America and around the world, and grow the game for the next generation of great athletes.”

The intensity, excitement and unscripted dramatic appeal of the game — demonstrated by another thrilling MLB postseason and the historic 2016 World Series — has driven global growth and popularity for MLB. “Positioning a historic sport institution and its constant drive to expand fans’ access points to the game through technology innovation, alongside a young, fearless and driven sports brand and best-in-class licensing experts, provides enormous opportunity to grow every level of the game through this strategic partnership,” according to a company representative.

“We are excited to build on our partnership with Under Armour, a powerful global brand that continues to grow exponentially, and Fanatics, an industry leader in sports licensing,” said MLB Commissioner Robert D. Manfred, Jr. “Under Armour’s marketing ability and brand status are a perfect fit to showcase our players and provide an even stronger connection between our game and its young fans and players. We appreciate Majestic’s many contributions to our clubs, players and fans throughout our partnership.”

“This partnership epitomizes our next-generation model which brings much-needed agility to the industry, enhancing both assortment and speed-to-market of MLB merchandise for teams, fans and retailers.” said Michael Rubin, executive chairman of Fanatics. “Both Fanatics and Under Armour get to do what each does best, while joining forces with an innovative and tech-savvy league to help grow the game of baseball through a pioneering new business model better suited to today’s digital economy.”

Under Armour is a well-established partner of MLB, dating back to 2000 as an official baselayer supplier. The brand took the field with their first baseball cleat collection in 2006 and became the official performance footwear partner of MLB in 2011. Under Armour currently has over 400 individual athlete partnerships across the major and minor leagues, including 2012 National League MVP Buster Posey, 2014 National League MVP and three-time National League Cy Young Award winner Clayton Kershaw, 2015 National League MVP Bryce Harper, 2016 All-Star Game MVP Eric Hosmer and 2016 American League Cy Young Award winner Rick Porcello. Fanatics also has a long partnership history with MLB, dating back to 2002.