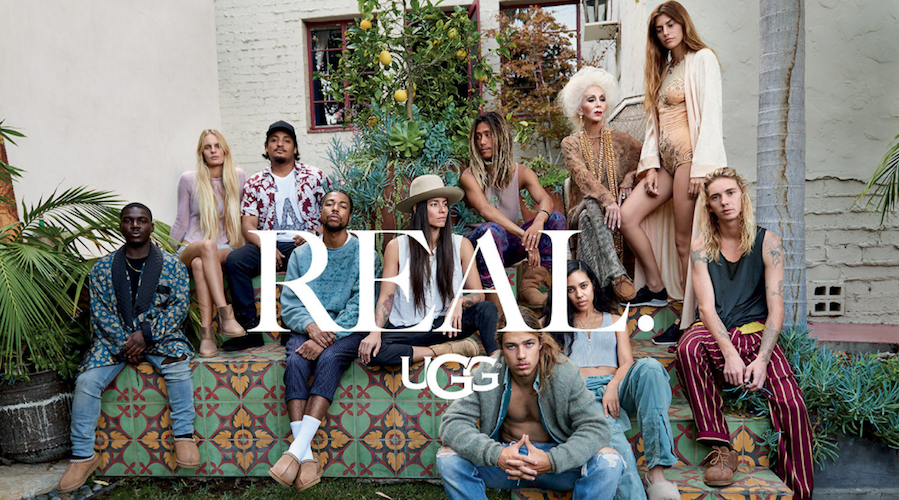 Ugg launched a global marketing campaign rooted in its heritage. Aptly titled “Real,” the new campaign features a collective of authentic Californians who live lives that express the diversity, spirit and core values of the brand. Like Ugg, these artists, musicians, surfers, creatives and eccentrics are provocative, progressive, free spirited, sensual, optimistic and warm.

The UGG Collective
Inspired by the beaches, mountains and iconic architecture of California, the campaign tells the story of 11 unique individuals that personally and collectively represent the spirit of the Ugg brand. The cast includes:

Coming together under the creative direction of Jess Wells, the Ugg campaign was directed by Brazilian-born, California-based director and videographer Kauai Moliterno, photographed by Frederic Auerbach, styled by costume designer and stylist Kate Ruth with hair and make-up by Gio Campora. Set to launch in tandem with the spring/summer collection release beginning February 8th, the global campaign is primarily focused on digital channels but can also be seen in Ugg store and across selected out-of-home venues.

“The 2017 campaign celebrates the diversity and spirit of the California lifestyle,” says Andrea O’Donnell, Ugg brand president. “The Ugg collective is an eclectic group of people that represent our values and our heritage. In telling their stories, we tell ours.” Click here for additional information including product stills and a short movie supporting the Ugg SS17 campaign.