“We are pleased to welcome Beth and David to the Two Ten Board,” said Neal Newman, president of Two Ten Footwear Foundation. “As footwear veterans, these two outstanding individuals bring the industry expertise, a wealth of contacts and the true compassion needed to support the important work of the Foundation for years to come.”

“Ariat is proud to support Two Ten Footwear Foundation; they help so many and we are honored to provide footwear donations to such an outstanding organization,” said Beth Cross, CEO and Co-Founder of Ariat International.

“As a footwear industry ‘lifer,’ I’ve seen first-hand the incredible support that Two Ten has provided to those in need,” said Sharp. “At Rocky Brands, we believe in giving back to our community and I’m looking forward to being able to apply this same spirit to our industry through my position on the board.”

New Members of Two Ten Footwear Foundation Board of Directors

Beth Cross is the Co-founder and President, CEO of Ariat International. Born and raised on a working thoroughbred farm in Pennsylvania, Beth received her BA from the University of Colorado at Boulder in 1986 and her MBA from the Stanford Graduate School of Business in 1988. In 1990, Beth and cofounder Pam Parker were former Stanford MBA classmates working at Bain & Company, with a focus on branded consumer products. While working on strategy development for several of the world’s top athletic footwear brands, they were struck with the idea to apply elements of advanced athletic shoe technology to equestrian footwear  creating a new category of performance footwear in the very traditional equestrian footwear market. In 1992, Ariat International, Inc. was formed, and the first collection of Ariat performance riding boots was launched in 1993. This foundation for innovation in a traditional sport continues today, with the Ariat team designing and developing the world’s most technical footwear, apparel and denim for the world’s top equestrian athletes.

David Sharp has been Chief Executive Officer of Rocky Brands, Inc. since 2011 and President since 2005. Prior to joining Rocky Brands in 2000, as VP Manufacturing and Marketing, David worked first in merchandising with the former 100 store chain, Mercantile Department Stores, Inc., and then in various capacities at H.H. Brown, Converse and Acme Boot Co. He has spent his entire career in the footwear industry, with particular focus and expertise in the western, work, and hunting markets. During his tenure at Rocky Brands, through organic growth and a series of acquisitions the company has more than tripled in size. Last year, the company purchased Creative Recreation a Los Angeles based fashion sneaker brand which diversified its brand portfolio. David was educated in England at North Nottinghamshire College and, after immigrating to the United States in 1972, at the Pennsylvania State University.

During 2014, Two Ten is proudly celebrating its 75th anniversary as the footwear industry's national charitable foundation  the only foundation of its kind in the United States. Two Ten is committed to providing the help and resources needed to change the lives of footwear professionals and their families.

Puma Board Gives PPR Offer the Thumbs Up… 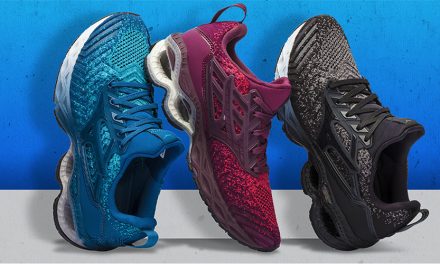