The Sports Authority announced that Doug Morton will be retiring from his position as chief executive officer. Morton, who has been with TSA or the Gart Sports predecessor company for 23 years and served as CEO for more than a decade, will remain as chairman of the company.
Herbert Mines has been retained to conduct an internal and external executive search to find a replacement.

Until a replacement is found, TSA will be operated by an interim executive operating committee consisting of president and chief merchandising officer David Campisi, chief administrative officer/CFO Tom Hendrickson and COO Greg Waters.
Morton joined Gart Sports in 1986 as manager of the Utah division, eventually rising to the position of EVP of operations and advertising just before being named president and CEO of Gart in 1995. Under his watch, Gart acquired Sportmart in 1998, Oshman's in 2001 and The Sports Authority in 2003 to become the nation's first national full-line sporting goods chain. After the TSA merger, Gart changed its name The Sports Authority. In 2006, Leonard Green & Partners led the $1.3 billion buyout that took TSA private.
“When I began my career with Sports Authority, we were a small chain of stores and no one could have imagined the transformation of our company into a multi-billion dollar retailer with a national footprint,” said Morton in a release.  “As Chairman, I will continue to champion our brand and our people.”  Morton added, “The time is right to transition out of the CEO role and turn the company over to a new leader who will inherit an organization that is well-capitalized, possesses a strong management team, great vendors, and significant new store development possibilities.”
“Doug has been the driving force in growing Sports Authority from a small regional chain to a national powerhouse,” said Jonothan Sokoloff, Managing Partner, Leonard Green & Partners, L.P. “He has been one of Leonard Green & Partners' most trusted and valued management partners for the past fifteen years. We respect Doug's decision at this time to step back from day-to-day operations and we look forward to his continued involvement as Chairman.” 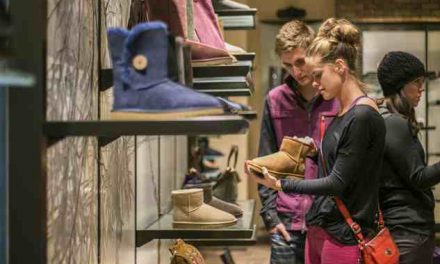