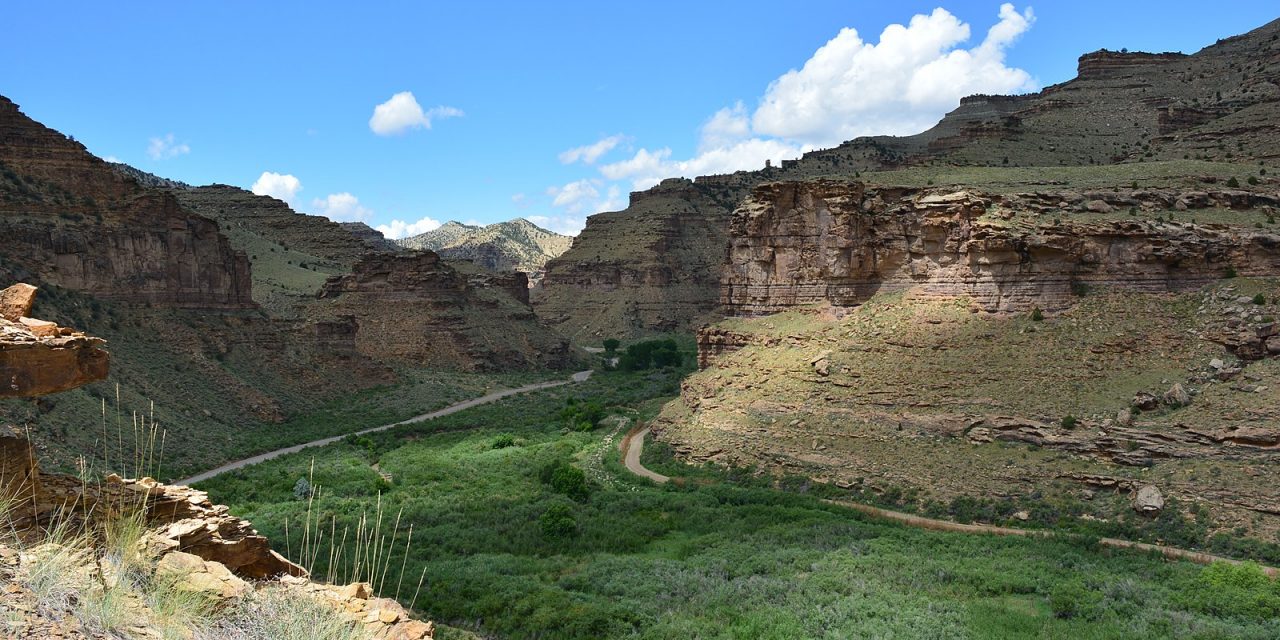 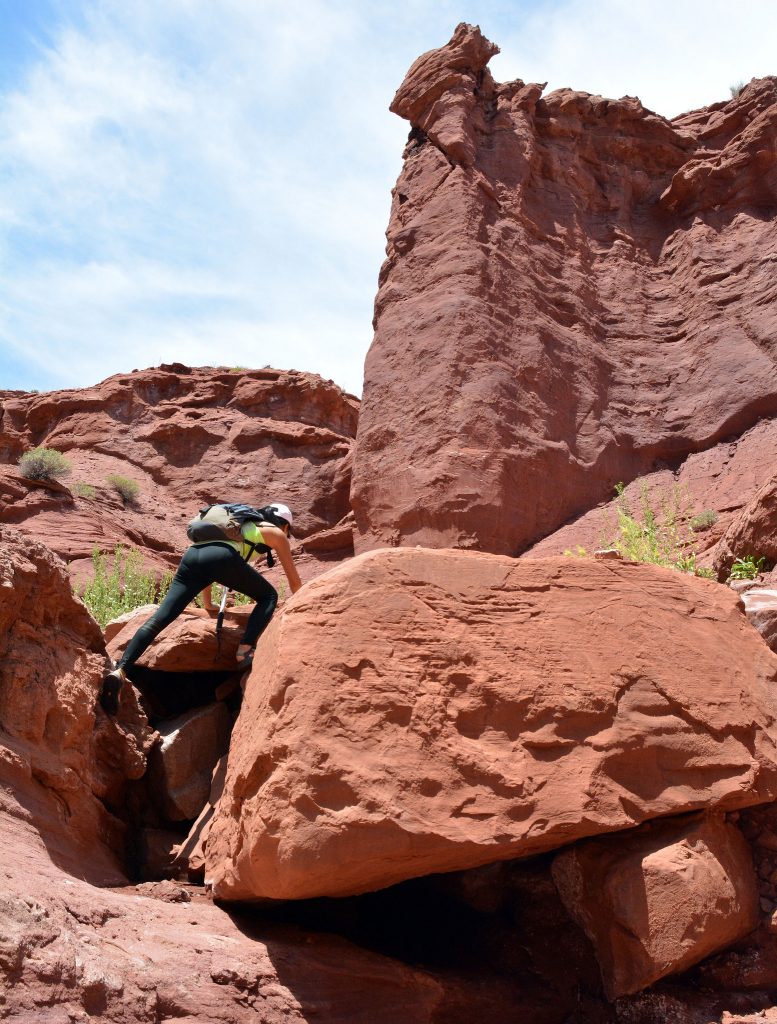 President Trump made his way to Salt Lake City, UT yesterday to deliver the news that many in the outdoor industry have been dreading for months. In what Outdoor Industry Association representatives are calling “the largest attack on public lands in American history,” Bears Ears National Monument will be gutted by more than 85 percent. Grand Staircase-Escalante National Monument will be slashed by about 45 percent.

In late October, Trump announced his plan to reduce the two Utah monuments in cooperation with Senator Hatch, a Utah Republican. Concerns of Utah’s land policies played a major role in the Outdoor Retailer show’s relocation to Denver.

“As many of you know, past administrations have severely abused the purpose, spirit, and intent of a century-old law known as the Antiquities Act,” Trump said during a speech in Salt Lake yesterday. “This law requires that only the smallest necessary area be set aside for special protection as national monuments. Unfortunately, previous administrations have ignored the standard and used the law to lock up hundreds of millions of acres of land and water under strict government control.

“These abuses of the Antiquities Act give enormous power to faraway bureaucrats at the expense of the people who actually live here, work here, and make this place their home. This is where they raise their children. This is the place they love.”

The full text of Trump’s remarks can be found here.

It was a galvanizing moment for opponents of the executive order, and Reuters reported that lawsuits are already in the works from tribes, environmental groups, and outdoor companies.

Here are some comments from the outdoor community in the wake of Trump’s announcement.

“Americans have overwhelmingly spoken out against the Trump Administration’s unprecedented attempt to shut down our national monuments. The Administration’s unlawful actions betray our shared responsibility to protect iconic places for future generations and represent the largest elimination of protected land in American history. We’ve fought to protect these places since we were founded and now we’ll continue that fight in the courts.”

“Bears Ears National Monument and Grand Staircase-Escalante National Monument are under threat. As a Utah-based company, we especially appreciate these nearby lands, spectacular settings for so many of our best moments in the outdoors. When we asked for photos of Backcountry employees at these priceless national monuments, 200 photos flooded in within an hour – that’s how much these landscapes are a part of us.

“Throughout our lives, our best memories have come from sharing outdoor experiences with family and friends. Spending time outside is at the heart of our business and is central to the lives of our customers and employees alike; Bears Ears and Escalante have been the setting to many of these moments. These public lands are a vital part of who we are, and we need to cherish and protect them. Generations before us have had the foresight to protect these places, and now it’s our turn.”

“We are proud to contribute the net proceeds of our Giving Tuesday sales to support this important cause at this critical moment in U.S. conservation. We are investing in protecting America’s Public lands and amplifying the message that calls for state and national leaders to be held accountable for protecting these irreplaceable cultural and natural landscapes for future generations to enjoy.”

“At REI, we are unwavering in our nonpartisan commitment to public lands—to protecting this nation’s spectacular natural places—the mountains, deserts, prairies, waters, and forests that tens of millions of Americans from all backgrounds cherish and enjoy annually. The nation’s outdoors have benefited from longstanding support on both the left and the right of the political spectrum.

“Today’s decision hurts the people who love these places. Americans enjoy our public lands in every part of the country, irrespective of politics. Not only have hikers, cyclists, climbers, and hunters enjoyed national monuments, but economies have been built around them through outfitters, guides and retailers. The $887 billion outdoor recreation economy employs over 7.6 million people in good, sustainable jobs.”

“Outdoor Industry Association and the outdoor industry view the announcement by President Trump as detrimental to the $887 billion outdoor recreation economy and the 7.6 million American jobs it supports. This decision is part of a long pattern of attacks against public lands and will harm hundreds of local Utah communities and businesses, will stifle millions of dollars in annual economic activity and threatens thousands of jobs in the region.

“Outdoor Industry Association will continue to educate the industry and all Americans about President Trump’s assault on our industry and our nation’s public lands, and we will continue to support the members of Congress who defend both and who understand the importance of the outdoor recreation economy to local communities.”

“President Trump does not have the legal authority to revoke or modify a National Monument, and Access Fund is preparing to fight to protect Bears Ears National Monument … This is a precedent-setting moment. Whether you live and climb in Utah or on the other side of the country, this fight affects everyone who climbs on our public lands.”

“The American Alpine Club values public land and supports the preservation of our recreation resources. Bears Ears National Monument and Grand Staircase-Escalante National Monument include precious climbing destinations. Any decision to reduce them ignores the voices of millions who spoke up in favor of keeping these national treasures intact. We cannot support this clear assault on the Antiquities Act.”

“The Nature Conservancy believes that a national monument designation is the current best option for protecting the natural and cultural resources of the Bears Ears region. In Utah and across the country, national monuments conserve wildlife habitat, boost local economies, provide recreation opportunities, and improve the health and well-being of the American people. Our communities depend on healthy lands and waters, and national monument designations are an important tool for protecting America’s significant natural areas and cultural resources.”

The North Face issued the following tweet: “If you’d like to support the creation of the Bears Ears Visit with Respect Center, you can take part of the kickstarter here.”

Finally, the National Parks Conservation Association tweeted a picture of protesters with the caption: “White House protest against cutting Bears Ears and Grand Staircase-Escalante is still going strong. People are fired up over this unprecedented attack on public lands! #StandWithBearsEars #SaveGrandStaircase #MonumentsForAll.”