Trew, a manufacturer of style-inspired, technical backcountry freeride outerwear and apparel, has hired David Sadr as its new  North American sales manager. Looking to double Trew’s distribution in 2013, Sadr will put his expertise in analytics and industry experience to the test. Building upon the successes and learnings of the past four seasons, the influx of new sales talent and a new manufacturing partner in Vietnam, Trew is poised for serious growth in 2013 and beyond.

A native of Pennsylvania, Sadr moved west to pursue his passion for the mountains after graduating from the University of Vermont. He began his career in Park City, UT as a buyer at Backcountry.com, where he was given the opportunity to lead a groundbreaking concept in closeout retail called SteepandCheap  a one-deal-at-a-time online platform that forever changed the closeout retail landscape. In 2008, Sadr continued further west landing in Hood River, Oregon as a sales analyst for DAKINE. There he worked closely with both the sales and production teams gaining invaluable insight into customer relations as well as the global production process. “Dave’s focus will be on building a solid sales program while increasing distribution in North America,” said Trew President Tripp Frey. “Trew is excited that the family is growing, and even more excited to have Dave on board as Sales Manager to help us open doors and grow the brand.”

“I was first attracted to the brand for its unique style and individuality,” stated Sadr. “Trew was filling a void by infusing personality and creativity into an industry lost in a sea of sameness. Over the past few years, Trew has built a cult-like following of serious outdoor athletes and staunch brand ambassadors, and I want to take that passion for the product and the brand to build a strong sales program that supports it. I believe the potential has barely been tapped here and I am excited to get out there and spread the Trewth.”
Positioned for growth and surviving the Apocalypse

Trew is poised for growth in 2013 thanks to strong partnerships with Toray and a new manufacturing factory in Vietnam. Working with Toray, Trew has developed an extremely durable face fabric to be used in 3-layer designs along with Toray’s waterproof/breathable Dermizax EV membrane. And after an exhaustive search, Trew has found a new, but well-experienced Vietnamese factory capable of meeting the Trew standard of quality.

Trew’s highly durable, waterproof/breathable line of outerwear was spawn from the harsh environment of the Northwest. Its cold and wet conditions demand the toughest and most breathable gear on the market, and yet, over the last four years, athletes and ambassadors have flocked to the Trew brand from all regions and environments. So when the Poles shift and the new powder mecca is Baja, California, Trew has products designed to survive the end of the world, no matter where you live. “Built so that shredding can continue in the post-Apocalyptic era, Fall 13 is our best and largest product offering since the company began in 2008,” said Product Line Manager Chris Pew. “This season we are introducing a women’s outerwear line and a new collection of PrimaLoft and Polartec midlayers for men.” 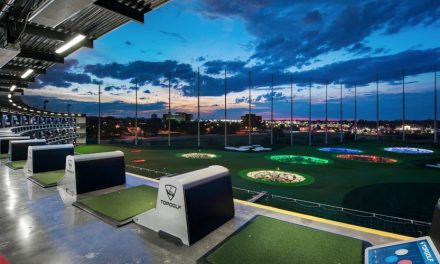