Trek Bicycle is lending its support to April’s “Bo Bikes Bama” charity ride to raise funds for tornado relief across the state of Alabama.

Led by Alabama-native and 1985 Heisman Trophy winner Bo Jackson, the 5-day ride will depart from Henagar, AL on April 24 and end at the University of Alabama in Tuscaloosa April 28 on the one year anniversary of the date a massive tornado struck the college town. Also sponsored by Nike and Capital Sports and Entertainment, “Bo Bikes Bama” is open to the public with all registration fees going directly to the Governor’s Relief Fund of Alabama. Cyclists can learn more about the event and sign up to ride with Bo at bobikesbama.com.

To assist in Bo’s fundraising efforts, Trek has commissioned 5 bikes that he will ride in each of the event’s five stages. Each bike will be autographed and auctioned after the ride with all of the proceeds benefiting the Governor’s Relief Fund of Alabama. The bikes feature the names of the over 200 Alabamans who lost their lives when an outbreak of devastating tornados ravaged the state in April of 2011. Two of the bikes are emblazoned with the colors of two of the state’s halls of higher learning: the crimson and silver of the University of Alabama and the blue and orange of Auburn University; Jackson’s alma mater.

“I’m doing this because I love my state and the people who live there. I’ve received so much support over the years from them and this ride is just a small way that I can give something back and say ‘thank you’,” said the ride’s namesake Bo Jackson.

An athlete as accomplished as Jackson requires some unique equipment, so to outfit him properly; Trek’s Race Department fit specialists met with him at Trek’s Waterloo, WI headquarters to ensure the best ride possible. The chosen bike of the world’s greatest athletes, Trek’s Madone 6.9 SSL will carry the former all-pro running back across Alabama.

“We work with some of the world’s greatest athletes and although he’s not the typical athlete we’re accustomed to, Bo definitely fits into that class,” said Trek Race Department Manager Scott Daubert. “Crafting bikes for athletes is something we do every day but when there is a bigger cause attached to the effort, it makes it that much more special.”

Big Agnes to Distribute Helinox in US 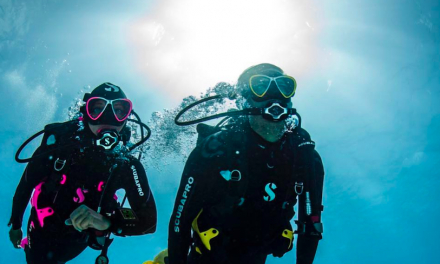