The United States and 11 other Pacific Rim nations on Monday agreed to the largest regional trade accord in history, clearing the way for trade associations to scrutinize the deal before it goes to Congress for an up or down vote early next year.

The deal was signed after five days of talks in Atlanta, but has been under negotiation for five years

The sweeping trade deal, called the Trans-Pacific Partnership (TPP), would govern trade between countries that account for more than 40 percent of the world's economic output. It calls for reducing or eliminating tariffs, setting labor and environmental standards, and easing the way for investments between countries. It would establish uniform rules for protecting intellectual property, open Internet access – even in communist Vietnam – and crack down on wildlife trafficking.

Once implemented, it will be the largest trade deal the United States has negotiated since the North American Free Trade Agreement (NAFTA) took effect in 1994.

The breakthrough in talks came after negotiators came to terms on several remaining issues that had nothing to do with the sporting goods, apparel or footwear industry, including a dispute over the length of exclusive patents for new biological drugs, which had split the United States and Australia. Negotiators also haggled over issues including Canada’s supply management system for dairy and other agricultural products, Australia’s demand for additional access to the U.S. sugar market and regional value rules for automobiles and auto parts.

Under an agreement reached earlier this year with Congress, the Obama Administrationis required to provide public access to the text of the TPP agreement 30 days after the President formally announces his intention to sign it. It will be open for another 60 days before the agreement is actually signed and presented to Congress.

OIA promises thorough review
Supporters say the deal could be worth billions of dollars to the countries involved and make it easier to sell made-in-America goods and services overseas and support U.S. jobs and economic growth.

“We congratulate the U.S. Trade Representative and his negotiators who
worked hard to secure this agreement,” said Amy Roberts, Executive
Director of Outdoor Industry Association. “While there is potential for
great benefits for the outdoor industry in TPP, we will work closely
with our allies in Congress to ensure the agreement lives up to our
standards of balanced trade and social and environmental responsibility
before we support it.”

OIA will conduct a thorough review of the agreement to determine how it
will impact the industry’s priorities on outdoor apparel and equipment,
as well as the provisions on labor rights and the environment. It is
unclear when Congress will vote on the agreement, but it could happen
early in 2016 as federal election campaigns heat up.

OIA
has been engaged as a stakeholder in the TPP negotiations since they began, representing the interests of the outdoor industry to ensure
substantial benefits that include:

OIA
has also fought for the agreement to include provisions that will help
lower product costs on performance apparel, footwear and equipment, and
fuel innovation here in the United States, while creating more American
jobs and encouraging more people to get outdoors.

TPP opponents, including the AFL-CIO, argue the trade pact will lead to additional outsourcing of U.S. jobs and are expected to pressure Democrats in Congress to vote down the deal. 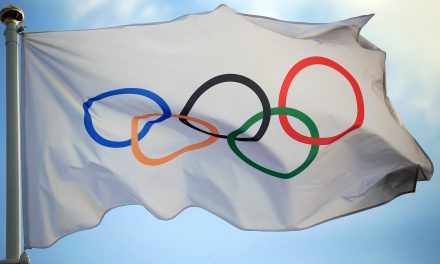