The Board of Directors of the Tour of Utah bicycle race announced today that this years event will be postponed. After several months of aggressive sales and marketing efforts, the management team was unable to secure the required level of sponsorship support needed to produce the multi-stage race they had planned. Based on initial feedback from potential sponsors, the race organizers believe that postponing the race will allow the time necessary to secure sufficient sponsor support to produce the race.

Chairman of the Board, Greg Miller, is hopeful that the combination of the new management team assembled in January 2007, general interest from the business community and excitement from cyclists, will result in a strong community event in the future.

“In assessing our current staff, meeting personally with community stakeholders and business leaders, and observing the Tour of California bicycle race, I believe that we have the foundation in place to build a well-respected and successful event,” Miller said. “We hit the ground running in January, and after getting up-to-speed, realized that we will better serve the community by postponing this years race. We need to get an earlier start in order to time our fundraising efforts with annual corporate budget cycles.”

In connection with todays announcement, Ted Wilson, Executive Director of the Tour of Utah, is stepping down to pursue other opportunities.

“Ted did a great job getting us to where we are today,” Miller said. “We will miss his leadership and wish Ted the very best in his endeavors.” A replacement will be named in the near future.

In addition, the Utah Sports Commission announced it will work with USA Cycling and Medalist Sports, LLC, one of the leading cycling event planners, to create and develop a broad-based, comprehensive cycling strategy for the state of Utah, including the Tour of Utah.

“This strategy will allow the state to explore cycling in greater detail to the benefit of the sport and the Tour of Utah,” said Jeff Robbins, President and CEO of the Utah Sports Commission.

Brown Shoe Takes it on the Chin in Q2; Famous Footwear Waits for BTS… 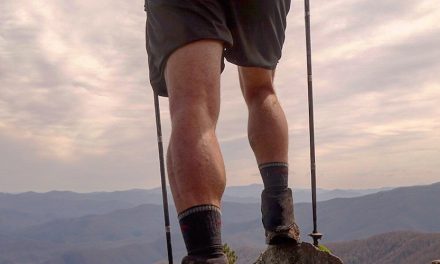