Topo Athletic Welcomes William Manzer To Board Of Directors

Topo Athletic, a performance footwear brand, appointed William Manzer to its Board of Directors.

“We’re very excited to have Will join the Topo Athletic board,” said Tony Post, CEO and founder of Topo Athletic. “Will brings a wide range of experiences and not only as a former retailer; he’s also managed wholesale brands, held board seats on non-profit and private companies, worked with private equity, and was once a competitive runner and triathlete. I’ve known Will for 15 years, but really look forward to working with him in this new capacity.”

“I feel privileged to join the Board of Directors for a brand with such a unique commitment to form, fit and function. This mission will distinguish Topo Athletic as a serious player in the athletic footwear industry,” said Manzer. “I look forward to working with Tony, his management team and the Board through years of success.”

Manzer is a veteran of the outdoor, retail and men’s fashion industries. He has successfully led consumer product and retail companies through critical business transformations. He served as CEO of Eastern Mountain Sports (EMS), an outdoor-specialty retail chain that spanned 61 stores across 12 states, providing top-quality outdoor, apparel and advice, until the company was sold in 2012. Manzer also served on the Outdoor Industry Association Board of Directors with Post, eventually becoming chairman of the OIA Board. Prior to EMS, Manzer held a series of retail executive and managerial roles at Dayton Hudson, May Co. and Dillard’s before being named president of Perry Ellis in 2000.

Manzer also brings his experience as a former competitive distance runner and triathlete in the ‘70s and ‘80s. He graduated from Arizona State University with a bachelor’s degree in political science and currently lives with his wife in Cleveland, OH. 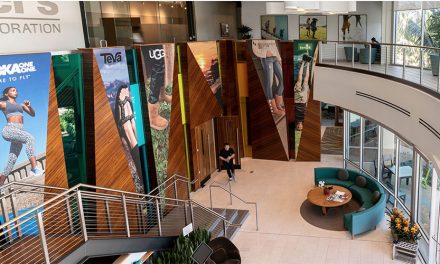