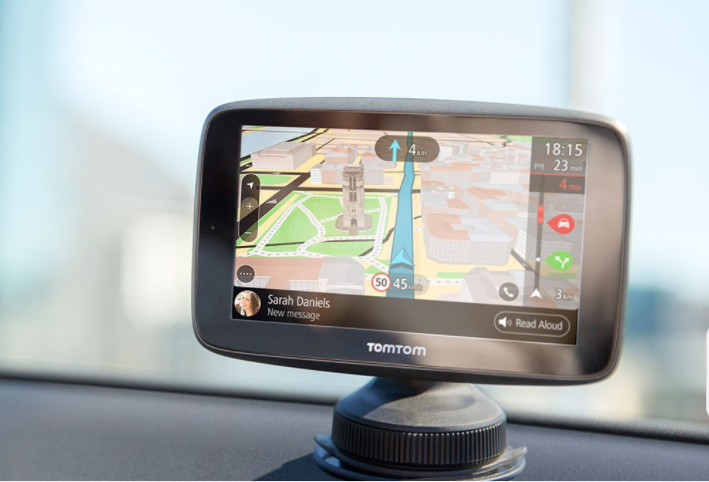 Citing disappointing sales, TomTom took an impairment charge to cover the entire goodwill of its Consumer segment of €169 million and said it is reviewing options, including a sale of its Sports business.

“We have seen lower than planned hardware revenue this quarter and that is mostly because of disappointing sports sales.  The wearables market has fallen short of expectations and because of this and because we want to focus on Automotive and Licensing and Telematics businesses, we are reviewing strategic options for our sports business,” said TomTom’s CEO, Harold Goddijn, on a conference call with analysts.

The charge resulted in a loss of €160.1 million ($209 mm) for TomTom in its second quarter against earnings of €12.2 million in the same period a year ago. The goodwill that was impaired was originally recorded at the time of the acquisition of Tele Atlas in 2008.”

Goddijn added, “Our strategy is to build on our navigation technologies to provide location-based content, software, and services to business customers, with high margins and recurring income. Combined Automotive, Licensing and Telematics revenue grew by 18 percent year-on-year in the quarter, ahead of expectations.”

Asked in the Q&A session whether TomTom would consider including its PND business in the sale of the sports segment, xx said the company would but considered such a scenario unlikely. Said Goddijn, “If someone has a plan you know, we will listen, but I don’t expect that to happen in all terms.”

Asked if TomTom would consider closing the segment, Goddijn said, “Well, what we said is the business is not developing as planned, and we don’t see a reasonable path to profitability and the conclusion is that we needed our options now. But we will need this quarter to figure out what that is. And I think I’m quite confident about Q3. We will have a much better picture of what that evaluation has yielded. I don’t want you to go much further than that, I don’t think that would be helpful. But what we are signaling today is that the market is disappointing. We need to look at it. We can’t carry on as we are going at the moment.”

Looking ahead, TomTom said it now expects to deliver full year revenue around the lower end of its guidance of between €925 million and €950 million. Outlook for adjusted EPS of around €0.25 is unchanged.