TomTom reported strong growth of smart watches and other sports products could not offset continuing and expected declines in its traditional personal navigation devices, or PND, business in the second quarter.

Consumer products revenue was down by 7 percent year over year, driven by a decline in the PND market, which was only partly compensated by strong growth in sports revenue, the company reported. PND sales have been declining for years as smartphone replace single function GPS devices for the dashboard.

The company, which has made establishing a Sports business a strategic priority, said its MySports activity tracking service reached 1 million users in the quarter. 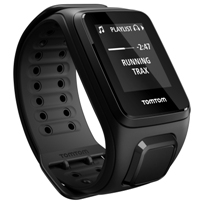 TomTom is promoting music playing versions of its smart watches, such as the Spark Music shown here, this summer by offering a free pair of Bluetooth headphones.

TomTom has sought to distinguish itself in the crowded sports watch market with models that can store up to 500 songs and play them over wireless headphones. In addition to sport watches for running, golf and fitness, TomTom’s sports offerings includes its Bandit action cameras.

The company reported Consumer products sales, excluding Automotive hardware, reached €138.2 million, down from €147.8 million. Consumer products revenues were off 5.0 percent for the first half of the year at €235.3 million.

Consumer Segment  earnings before income taxes (EBIT) including Automotive hardware,  swung into the red in the first half, or -€4.4 million  compared with €1.3 million in the first half of 2015. Segment EBITDA fell to €-1.2  million from €6.6 million.

TomTom’s overall revenue reached €265.2 million in the quarter, which was flat with a year earlier thanks to 34 percent growth in its Automotive segment and 14 percent growth at its Telematics segment. Licensing segment revenue declined 16 percent.

The company estimated the number of PND units sold in Europe declined 18 percent in Europe, where it holds 54 percent of the market for such devices, and 22 percent in North American during the quarter.

The company which is based in Amsterdam, The Netherlands, reiterated its guidance for the full year, which calls from revenue to reached around €1.05 billion and adjusted earnings per share of €0.23. 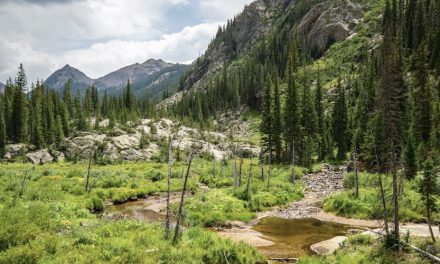