Tom Tom allowed its share of the rapidly shrinking U.S. PND market to slip in the third quarter rather than join a rash of discounting, but expects sales of its new GPS watch to buoy U.S. sales during the upcoming holiday shopping season.

The Dutch comapny estimated the PND, or personal navigation device, market declined 28 percent to 1.1 million units in North America. That prompted steep discounting of GPS enabled devices for fitness and outdoor enthusiasts as well as the automobiles after market.

“We have chosen not to participate in highly discounted promotional activities and this resulted in a market share of 17 percent in the quarter,” the company said of its North American business.

Tom Tom did not break out revenues by country at the segment level, but reported that its Consumer revenues reached €151 million during the quarter, down 12 percent from €172 million in the third quarter of 2012.

As expected, PND shipments declined 15 percent to 2.3 million units in Europe; continuing the trend seen in the first half of the year. However, Tom Tom was able to attain flat PND revenues by increasing its share of the declinign market to more than 50 percent amid strengthening average sales prices.

Fitness remained a bright spot across all geographies, thanks to the introduction of the GPS sports watch, which began shipping to the United States in July and is now available in 21 countries. Tom Tom kicked off a marketing campaign to promote the watch in the United States in September.

Total revenues, which include sales from all four of Tom Tom's segments reached €244 million, during the quarter, down 11 percent compared to €274 million in the third quarter of 2012. Based in Amsterdam, Tom Tom also operates Automotive, Licensing and Business Solutions segments.

Gross margin increased 100 basis points to 56 percent from the third quarter of 2012. Total operating expenses increased 4.6 percent to €123.9 million, or 50.9 percent of revenue, up 760 basis points from the year earlier. That €5.4 million increase included €4.5 million in SG&A and €1.9 million in stock compensation expenses, due largely to the rising cost of the company's stock.

Tom Tom reduced marketing expenses by €2.2 million, or 14.8 percent during the quarter, but will spend much of that money launching its new generation of products in the fourth quarter. The company reported net income for the quarter of €11 million, down by half. 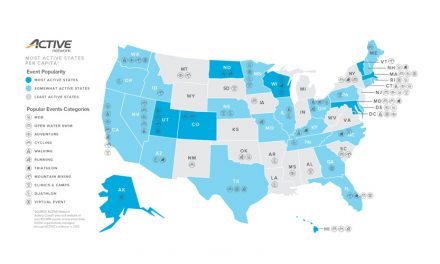 Why Is North Dakota The Most Active State?