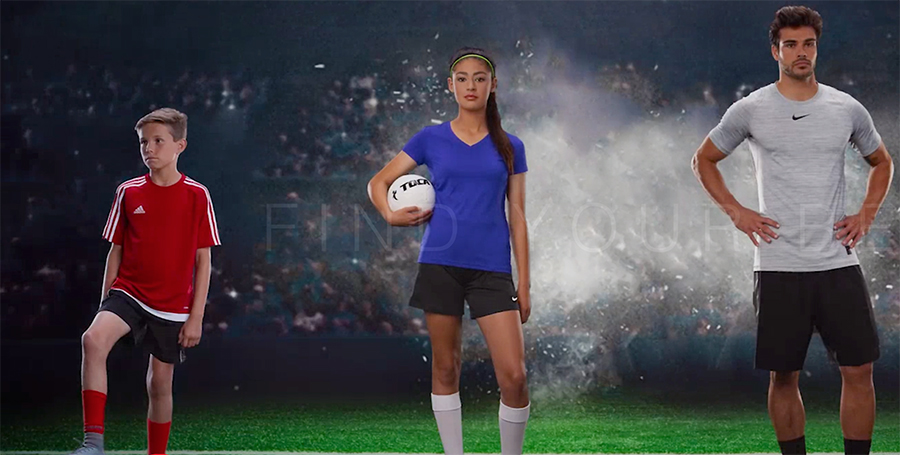 TOCA Football, Inc., the soccer/technology-enabled company, appointed Abby Wambach and Richelle Parham to its Board of Directors. The platform also recently secured $15 million in a new financing facility.

“We are honored to have both Abby and Richelle supporting the future of TOCA with the invaluable experience and expertise they both bring to the table,” said Erik Anderson, WestRiver Group (WRG) founder and CEO and co-chairman of TOCA. “Our team is growing stronger by the day, and we’re proud our board reflects the diversity we hope to see more of in the world of sports.”

Wambach is a two-time Olympic gold medalist and FIFA World Cup Champion. She was the United States’ leading scorer in the 2007 and 2011 Women’s World Cup tournaments and the 2004 and 2012 Olympics.

“Soccer is the most-loved sport in the world, and TOCA is on a mission to give players and fans alike a chance to practice and play in a truly unique way using its proprietary technologies,” said Wambach. “I’m excited to be part of a company that’s dedicated to sharing the joy of this sport with everyone, no matter their age, background or skill level.”

Parham is managing director at WRG where she leads the Experience sector. Prior to joining WRG, Parham was a partner at Camden Partners, a private equity firm focused on lower middle-market growth stage investments, and she served as chief marketing officer of eBay. Richelle’s experience also includes serving in various executive leadership positions at Visa, Rapp and Digitas. She is currently a member of the Board of Directors of Best Buy, LabCorp and e.l.f. Beauty. Richelle has been named one of the “50 Most Influential CMOs in the World” by Forbes and one of the “Most Creative People in Business” by Fast Company.

“The soccer industry has never seen a company quite like TOCA before, and that’s why I am so excited to join its board,” said Parham.

“TOCA is primed and ready for exciting expansion across the globe. We are honored to be advised by an unparalleled Board of Directors comprised of renowned leaders from the sport, experiences and technology industries,” said Yoshi Maruyama, CEO of TOCA.

TOCA’s Board of Directors includes:

TOCA recently secured $15 million in financing, and to date, has raised a total of $65 million and is expected to release additional funding updates later in 2020. TOCA previously announced the closing of its Series D funding led by existing shareholders WRG, RNS and affiliated family office investors with roots in the technology sector.

TOCA was founded in 2014 by two-time U.S. World Cup and former MLS and English Premier League midfielder Eddie Lewis. Lewis led the development of TOCA’s training platform, which employs a proprietary ball machine (the patented TOCA Touch Trainer), digitalized and integrated targets (the patented TOCA Smart Targets) and a data-enhanced app to track player progress, for players at every level.

TOCA currently has 12 training centers throughout North America with a growth plan to open 300 additional centers in the next 10 years. The company recently announced its newest concept TOCA Social, a gamified soccer-themed entertainment venue that will open at The O2 Center in London during summer 2021.