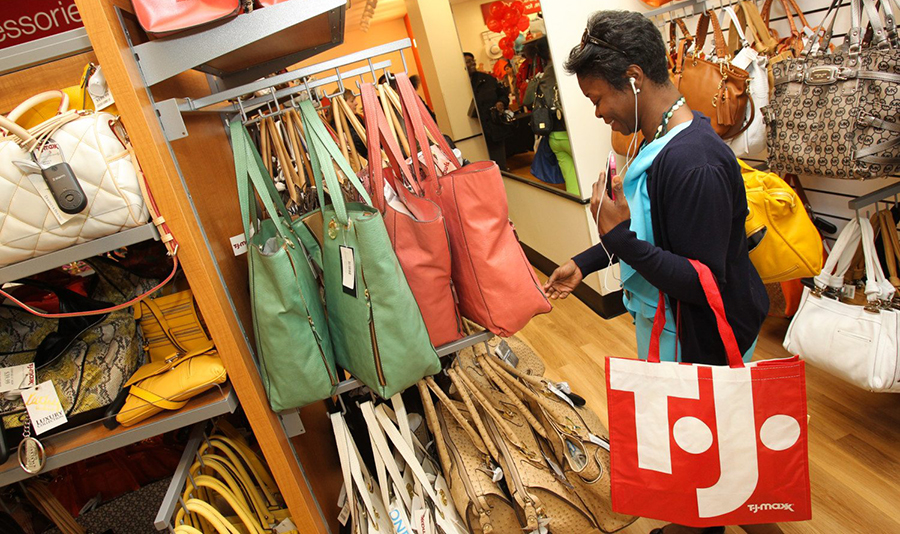 The TJX Companies, Inc. reported same-store sales were down 3 percent in the fourth quarter ended January 30 and turned positive in January.

For the full year Fiscal 2021, net sales were $32.1 billion. Fiscal 2021 overall open-only comp-store sales were down 4 percent versus last year. Net income was $90 million. Diluted earnings per share were 7 cents, which includes a debt extinguishment charge (described below) of $.19 per share. The company’s results for Fiscal 2021 were negatively impacted by the temporary closure of its stores for approximately 24 percent of the year due to the COVID-19 global pandemic (see table below).

CEO and President Comments
Ernie Herrman, chief executive officer and president of The TJX Companies, Inc., stated, “As we report our 2020 results, I want to thank our global Associates for their extraordinary efforts during an unprecedented year. They pulled together and worked as ‘One TJX,’ and I am especially proud of their commitment to the health and safety protocols for our Associates and customers. I want to give special recognition to our store, distribution and fulfillment center Associates who have been physically coming in to work to keep our business open. I could not be prouder of our teams around the world who achieved monumental tasks in the face of a global pandemic in 2020.”

Herrman continued, “In terms of the business results, I am very pleased that our fourth quarter open-only comp-store sales were down only 3 percent, exceeding our plans. Our brands, values and exciting gift assortments resonated with customers, and we achieved these results despite numerous COVID-19-related headwinds. Overall open-only comp-store sales improved each month of the quarter and were positive in January. Further, open-only comp-store sales exceeded our plans across each of our divisions, including at HomeGoods which once again delivered a double-digit increase. We also saw continued strength in our home and beauty departments. As we start the new fiscal year, while uncertainty around COVID-19 remains, we feel very good about the strength of the business and our market share opportunities beyond the health crisis. We are convinced that our entertaining, treasure hunt shopping experience, our differentiated, branded merchandise selections, and value proposition will continue to resonate with consumers. We see many opportunities to leverage our flexible business model, gain more customers, and continue driving the successful growth of TJX for many years ahead.”

Margins
For the fourth quarter of Fiscal 2021, the company’s consolidated pretax profit margin was 4.6 percent, which includes a 2.9 percentage point negative impact due to a debt extinguishment charge (described below) of $312 million. The company’s merchandise margin was up versus the prior year.

For the full year Fiscal 2021, the company’s consolidated pretax profit margin was 0.3 percent, which includes a 1.0 percentage point negative impact due to a debt extinguishment charge (described below) of $312 million in the fourth quarter.

Cash and Dividend Update
The company generated $4.6 billion of operating cash flow for the full year Fiscal 2021 and ended the year with $10.5 billion of cash. The company declared a quarterly dividend in the fourth quarter of Fiscal 2021 at an increased rate of $.26 per share. This represented a 13 percent increase in the per-share dividend compared to the company’s previous dividend paid in March 2020. The company expects to declare a dividend of $.26 per share in the first quarter of Fiscal 2022, subject to Board approval.

Temporary Store Closings
The company currently has approximately 690 stores that are temporarily closed due to government mandates in response to the global pandemic. The vast majority of these stores are located in Europe, where the company expects stores will be temporarily closed for an estimated 67 percent of the first quarter of Fiscal 2022. In total, based on restrictions currently in place, the company expects its stores to be closed for approximately 11 percent of the first quarter of Fiscal 2022. All of the company’s e-commerce businesses remain open, including tkmaxx.com in the U.K.

Open-Only Comp Store Sales
Due to the temporary closing of stores as a result of the COVID-19 global pandemic, the company’s historical definition of comp-store sales is not applicable this quarter and for Fiscal 2021. In order to provide a performance indicator for its stores as they reopen, the company has been temporarily reporting a new sales measure: open-only comp-store sales. Open-only comp-store sales include stores initially classified as comp stores at the beginning of Fiscal 2021 that have had to temporarily close due to the COVID-19 pandemic. This measure reports the sales increase or decrease of these stores for the days the stores were open in the current period against sales for the same days in the prior year.

Inventory
Total inventories as of January 30, 2021, were $4.3 billion, compared with $4.9 billion at the end of the prior fiscal year. Overall product availability in the marketplace remains excellent and the company continues to focus its buying towards the categories that have had the strongest demand. The company is well-positioned to deliver a fresh assortment of merchandise to its stores and e-commerce sites throughout the spring season.

Outlook
For the first three weeks of the first quarter of Fiscal 2022, overall open-only comp-store sales trends were better than the fourth quarter of Fiscal 2021, despite unfavorable weather in the U.S. In the periods before and after the unfavorable weather, overall open-only comp-store sales were positive. In the first quarter of Fiscal 2022, the company expects total sales, pretax margin and earnings per share to be negatively impacted by the temporary store closings described above. Due to the continued uncertainty of the current environment and the difficulty in forecasting the impact of the global pandemic on temporary store closures and consumer behavior, demand and traffic, the company is not providing financial guidance at this time.