TJX Cos. Reports April Comps Up 3%

Carol Meyrowitz, President and Chief Executive Officer of The TJX Companies, Inc., stated, “We are very pleased that customer traffic has continued to increase significantly across virtually all of our brands, which led to April comparable store sales increasing by 3%, above our expectations. This was achieved on top of strong performance last year and despite one less selling day in April this year due to the Easter calendar shift. We attribute the strength in our business to the extreme value that we are offering customers on rapidly turning assortments of great brand names and fashions. We believe favorable weather also helped boost sales. While we are pleased that our performance has been above our expectations, allowing us to raise our first quarter earnings estimates, the economic environment remains uncertain; we remain cautious in our near term outlook while staying sharply focused on the execution of the strategies we have in place to meet these challenging times.”

With above-plan sales in April following February and March sales which also exceeded plan, as well as strong merchandise margins, the company now expects Fiscal 2010 first quarter earnings per share from continuing operations to be 47 cents to 49 cents, which is above its most recent guidance. 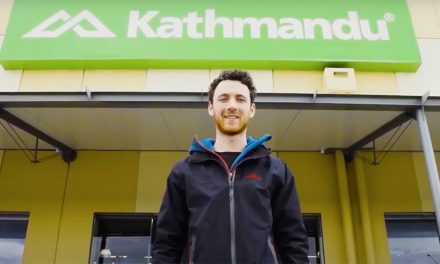