The Timberland Company said that LED lighting will be replacing less efficient incandescent spotlights in 70% of its North American stores by the end of 2009.

By reducing the electricity used on a daily basis for lighting in its stores, Timberland expects to shrink the carbon footprint of its US stores by an additional 11%.

“Our retail store design puts our environmental commitment into action,” said John Trott, Timberland's Vice President North America Consumer Direct. “Where you walk, what you touch, how the lighting showcases our product with the least impact on our environment, all reflect our heritage of environmental stewardship.”

Standard Electric supplies all of Timberland's in-store lighting, including the new LED lamps which are more than twice as efficient as the comparative foot-candle incandescent bulbs being replaced. LED lamps feature a service life of more than 10 years, and represent the company's ongoing commitment to take advantage of advances in energy efficiency technology.

“All of our new US stores are built to LEED certification standards, but the green standard of even 6 months ago is not the standard of today,” said Al Buell, Manager of Store Construction. “Shifting to LED lighting is a part of a small but fast-growing trend that is redefining green design.”

In all, 49 of Timberland's 70 North American stores will convert to LED lighting. The new bulbs will consume 80% less energy–an average of 56 watts per bulb down to 10 watts per bulb resulting in an estimated 505 metric ton decrease in carbon emissions annually.

Timberland said that its LED lighting initiative is one part of the company's larger effort to reduce its overall energy consumption. Timberland looks to its owned and operated facilities (such as offices, distribution centers, their factory in the Dominican Republic, and Timberland-operated retail locations) as areas within their direct control. Between 2006-2008 the company reduced its global greenhouse gas footprint at these facilities by approximately 27%. 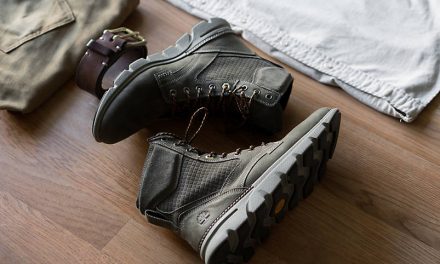 IDC: Global Wearables Market Ticks Up 5.5 percent Due To Gains In Emerging Markets