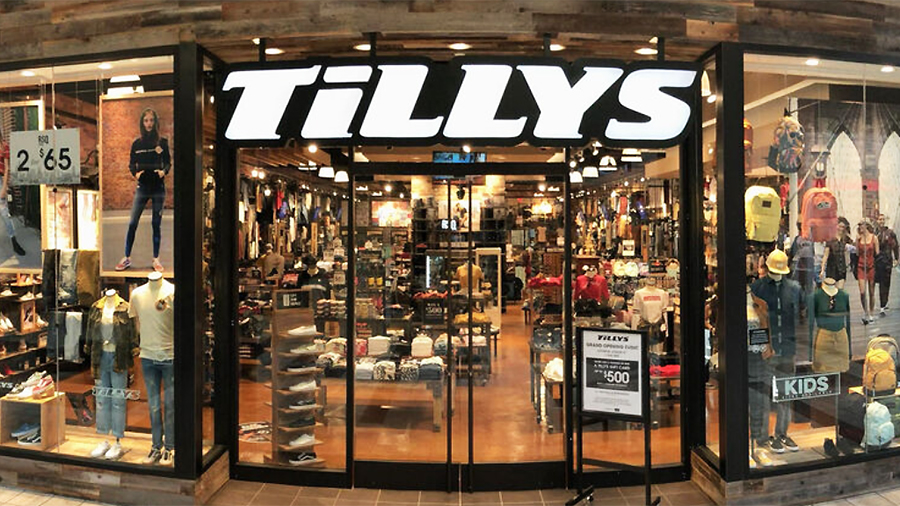 Tilly’s, Inc. reported a sharp decline in profits in the first quarter as gross margins eroded 350 basis points and same-store sales were down 13 percent. Results were in line with guidance.

“Our first-quarter operating results were in line with our outlook and were an improvement compared to our pre-pandemic performance in the first quarter of fiscal 2019,” commented Ed Thomas, president and CEO. “We continue to focus on growing and improving our business over time, despite the near term challenges of the highly inflationary environment and lapping last year’s record-breaking results, which were fueled by unprecedented pandemic-related factors.”

Fiscal 2022 First Quarter Operating Results Overview
Total net sales were $145.8 million, a decrease of $(17.4) million or (10.7) percent, compared to the company’s first-quarter record of $163.2 million in 2021. Total comparable net sales, including physical stores and e-commerce, decreased by (13.0) percent. Last year’s results benefited from the impacts of pent-up customer demand following the winding down of 2020 pandemic restrictions and the pandemic-related federal stimulus payments.

Relative to the pre-pandemic first quarter of fiscal 2019, total net sales increased by $15.5 million, or 11.9 percent, from $130.3 million during that period. Total comparable net sales increased by 5.8 percent with a slight decline from physical stores of (0.7) percent and an increase from e-commerce of 42.3 percent, reflecting the general shift in consumer behavior towards online shopping over the past three years.

Selling, general and administrative (SG&A) expenses were $42.7 million, or 29.3 percent of net sales, compared to $40.0 million, or 24.5 percent of net sales, last year. Of the $2.7 million increase in SG&A expenses, $2.0 million was due to higher store payroll and related benefit costs, primarily from wage inflation. The company’s average rate per store payroll hour increased by 6.5 percent over last year’s first quarter. Additionally, $1.6 million was attributable to a credit from the reversal of a disputed California sales tax assessment in last year’s first quarter. Partially offsetting these increases was a reduction in corporate bonus expense of $1.6 million due to the lack of a bonus accrual in fiscal 2022. Relative to the pre-pandemic first quarter of fiscal 2019, SG&A was $7.2 million higher, primarily due to wage inflation, e-commerce marketing and fulfillment costs associated with online net sales growth, and increased insurance premiums.

Balance Sheet and Liquidity
As of April 30, 2022, the company had $111.0 million of cash and marketable securities and no debt outstanding. This compares to $157.6 million at the end of the first quarter last year, and no debt outstanding. Since the end of last year’s first quarter, the company has paid aggregate special cash dividends to stockholders of $61.6 million. During the first quarter of fiscal 2022, the company repurchased 892,033 shares of its common stock for a total of $8.2 million pursuant to its previously announced stock repurchase program.

Fiscal 2022 Second Quarter Outlook
As customers continue to deal with high inflation and energy costs, the company’s fiscal 2022 second-quarter total comparable net sales through May 30, 2022, including physical stores and e-commerce, decreased by 17.0 percent relative to the comparable period of 2021.

Based on current and historical trends, the company currently estimates that its fiscal 2022 second-quarter net sales will be in the range of $170 million to $175 million with product margins approximately 200-to-250 basis points below last year due to the historically high level of full-price selling during fiscal 2021. The company expects the combination of buying, distribution and occupancy costs to deleverage by approximately 270-to-320 basis points relative to last year primarily due to carrying these costs against a lower level of total net sales.