The action sports retailer ended the quarter with 216 stores, up from 203 a year earlier.

Results were largely in line with guidance provided when Tilly’s reported first-quarter results. At the time, the company said it expects Q2 comps to be in the range of a decline of 2 percent to an increase of 2 percent, while net income per share would land in the range of 1 cent to 5 cents.

Gross margins eroded 10 basis points to 28.1 percent. The slight decrease was primarily due to a 40 basis point decline in product margins, partially offset by lower buying, distribution and occupancy costs as a percentage of net sales. Product margins declined due to markdown decisions made to ensure no significant carryover of summer seasonal inventories were left at the quarter’s close.

SG&A expenses rose to $35.5 million from $32.3 million a year ago, increasing 100 basis points to 27.3 percent of sales. Approximately $900,000 of the SG&A increase was attributable to a combination of non-cash retail store impairments and an accrual for a potential legal settlement. Other SG&A increases were related to marketing initiatives, higher store payroll associated with 13 net new stores year over year and increased employee costs.

“These results were driven by continued improvement in conversion and response to our marketing and digital initiatives,” said Daniel Griesemer, president and CEO, on a conference call with analysts. He noted that weakness in traffic that was largely weather related caused a slow start to the second quarter. Traffic strengthened until the last week of July. The CEO attributed the drop-off to shifts in back-to-school related dates and tax-free holidays that other retailers have noted.

Griesemer stated, “We continue to manage our inventory well to ensure a constant flow of newness and excitement while, at the same time, exiting the quarter with clean and current inventory.”

“We are encouraged by sales trends so far in August, reflecting solid execution of our merchandising, inventory and marketing strategies,” said Griesemer.

Discussing some key initiatives, Griesemer said a primary focus remains around bringing more differentiation to the stores with brands that are “new, unique or exclusive to Tilly’s.”

A second component of its digital initiative has been to grow its Hookup loyalty program and sign-ups in the first 18 months “have been exceptional, and we are very pleased to be laying the groundwork for further customization and personalization of our execution.”

Griesemer adds, “E-commerce continues to represent an extraordinary opportunity for us, and I believe we've made the right omnichannel investments to further build the Tilly’s brand through customer awareness and loyalty and drive traffic and sales both online and in stores.”

New stores opened in 2014 and 2015 continued to perform well and store refresh plans are proceeding. Said Griesemer, “These enhanced in-store experience is being well received by customers which continue to support and validate our strategy.”

Looking ahead, the company expects third quarter comps to grow in the positive low-single-digits and net income to be in the range of 12 to 16 cents per share. In the 2014 third quarter, it earned 18 cents. 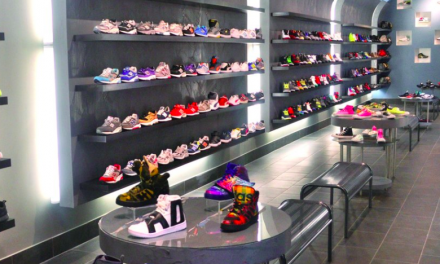