Thule Group reported a 13.8  percent gain in sales in the first quarter and advanced 7.5 percent on a currency-neutral basis.

Magnus Welander,Thule’s CEO and president, said in his comments:

“A good start to the year 2019 started with a continued positive trend for Thule Group, driven by currency-adjusted sales growth of 7.5 percent and continued high profitability. Moreover, increased spend in product development and sales and marketing impacted the quarter. These initiatives strengthen us ahead of the peak season and create a solid base for long-term organic growth.

Sales in the first quarter increased to SEK 1,834m (1,611), an increase of 13.8 percent (7.5 percent after currency adjustment). EBIT increased by SEK 33m during the quarter, which means that we achieved an EBIT margin of 18.7 percent.

Mix effects in terms of customers and models within the product categories, together with the phasing of certain sales and marketing costs compared with last year, impacted the profitability negatively in the quarter.

Sales in Region Europe & ROW rose 10.3 percent (after currency adjustment), which was in line with the full-year 2018.

All four product categories grew in the quarter, with particularly strong contributions from a number of sub-categories. In Sport&Cargo Carriers, bike racks continued to post rapid growth, driven by very strong sales in higher priced and more advanced towbar mounted bike racks, such as the Thule EasyFold XT and Thule VeloSpace XT models.

The new hard-shell luggage collection, Thule Revolve, was launched in the quarter and the Thule Subterra collection trended positively which were key factors behind the growth in Packs, Bags & Luggage.

Region Americas in line with expectations

The important US market made a slightly better start to 2019 compared with 2018, despite retail chain concerns linked to uncertainties regarding how tariffs would impact consumer demand.

The region’s second largest market, Canada, posted a decline in sales year-on-year, due to that we had a certain amount of early seasonal sales in the first quarter of 2018. We are confident that Canada will return to healthy growth in the second quarter of the year.

In Brazil, our largest Latin American market and the only country in the region where we have our own sales organization, we continued to post double-digit growth. However, conditions in some of the other countries in the region were challenging due to the general state of the economy.

The integration of Tepui, which was acquired in the preceding quarter, continued as planned and sales of roof top tents increased organically year-on-year.

Good momentum ahead of the peak season

The spring and summer peak season will be very exciting, with a large and broad range of new product launches and new customers within the newer product categories. We are currently entering the most intensive phase for production, at the same time as we are preparing for the first of the season’s trade fairs at the end of the quarter where we will be showcasing forthcoming launches for 2020 for our retailers.

As planned, our inventory levels are high ahead of the season and will continuously decline over the summer. In parallel, the major projects at our factories have progressed well and in the second quarter we will have implemented the major changes at our assembly plants in Connecticut in the US and in Belgium.

High inventory levels and assembly plants at full speed make me confident in promising high delivery precision with short lead times for our test-winning products to all our customers, and make me look forward with anticipation to this year’s peak season.” 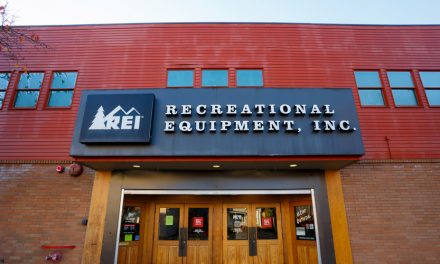