Thule Group divested its trailer and towing divisions in 2014 to focus on the sports and recreation markets.

The Thule Group’s sales during the quarter were positively impacted by exchange-rate effects of SEK 85 million. In c-n terms, sales declined 3.3 percent, primarily attributable to weak sales of snow chains in the Specialty segment (SEK 76 million for the quarter compared with SEK 113 million for the year-earlier period), due to limited snowfalls in Central Europe.

Underlying EBIT declined to SEK 37 million ($5 mm) from SEK 45 million, primarily attributable to increased expenses associated with product development and the launch of a broad range of entirely new product areas ahead of the 2015 season. For the full year, underlying EBIT was SEK 686 million ($92 mm), compared with SEK 588) million, up 16.7 percent and with a margin of 14.6 percent, up 10 basis points from a year earlier.

CEO and President Magnus Welander said retailers from around the world responded extremely positively to several products launched at trade shows in the second and third quarters that will hit store shelves this spring. Among them were:

During the quarter, construction continued of a distribution center in Eastern Europe, adjacent to Thule's largest assembly plant in Huta, Poland. The warehouse, which entails an investment of more than SEK 60 million, went operational in January 2015 and will enable more efficient distribution to the Eastern European market.

Expansion also continued of the Thule Test Center in Hillerstorp, Sweden, which by autumn 2015, will have doubled testing capacity and, thereby, further strengthened our market leading position in safety.

Thule also listed on Nasdaq Stockholm, under the ticker THULE. I during the quarter.

In conjunction with the stock exchange listing, a new five-year loan facility was arranged that will, over time, reduce Thule Group's borrowing costs and secure operational flexibility. At the same time, previous loans were redeemed and together with the listing costs this resulted in a negative cash flow for the quarter of SEK 77 million.

“At an overall level, I can state that our strategy remains firm and we intend to continue driving profitable growth in the Outdoor&Bags and Specialty segments, in which we offer products that make it easier for people all over the world to live an active life,” said Welander. 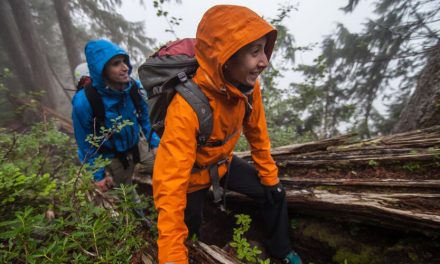 Nikwax Becomes First Company To Be Carbon Balanced Since Its Founding