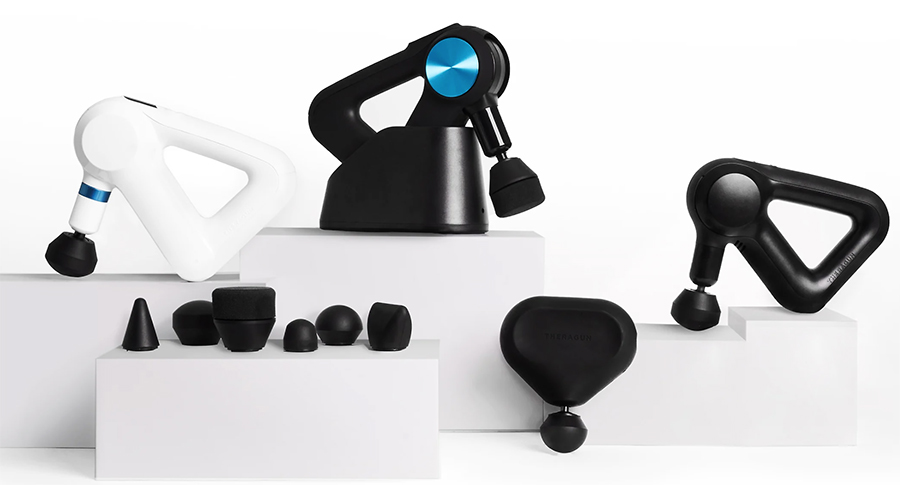 “To have such a significant number of premiere athletes, entrepreneurs, and celebrities invest in our company is both an honor and a testament to the validity of Therabody’s products and mission,” said Benjamin Nazarian, CEO of Therabody. “Therabody has grown exponentially not only because of our commitment to efficacy and research but because of the trust that our customers have in what we develop. Our investors not only see the value in taking care of their bodies naturally, but they are investing in both the industry and in a brand that they believe is creating impact. We’re fortunate to be working with some of the strongest and smartest people in the business, across various professions, and look forward to further revolutionizing health and recovery.”

“Ben, Dr. Jason, and the entire Therabody team are passionate about helping people and delivering innovative products and experiences. We deeply resonate with the company’s mission of providing recovery, health, and holistic wellness solutions for everybody,” said Larry Marcus, co-founder of Marcy Venture Partners. “The consumer and professional feedback that we’ve seen and heard about Theragun is off the charts. We see a massive opportunity for the brand on a global level, and we’re looking forward to their continued growth ahead.”

“We are excited to back Therabody as it leads the way in innovation at the intersection of fitness, wellness, and technology,” said Nate Raabe, managing partner of Rx3 Growth Partners. “We believe in brands that push the envelope and Therabody has done an incredible job reinventing the recovery category by creating a range of effective wellness solutions.”

“From early conversations about brand growth with the Therabody team to highlighting Dr. Jason’s journey on our Boardroom network, Thirty Five Ventures has been aligned with Therabody’s mission of providing people with alternative solutions to pain management and recovery for some time and we’re excited to make it official,” said Rich Kleiman, co-founder of Thirty Five Ventures. “Therabody is at the forefront of incredible opportunities in the wellness space, and we look forward to seeing what else they’re going to accomplish.”

Therabody said the funding comes as the company in 2020 grew its profits more than 30 times since 2017 and tripled its overall revenue over the previous year. The company also expanded its presence internationally to more than 60 countries, with offices in Shanghai, London, and Dublin, with plans to open more this year.

Therabody announced multi-year partnerships in 2020 with football clubs Real Madrid, Manchester City, and Paris-Saint Germain. It also increased its retailer distribution from 40 stores in the U.S. to approximately 10,000 retail doors globally in 18 months. Five Therabody branded retail locations opened in the U.S., with plans to open more this coming year.

Therabody said that to date, it has been issued 126 patents globally and has an additional 138 patents pending. In conjunction with its rebrand in May 2020, Therabody released its fourth generation of Theragun Smart Percussive Therapy devices; introduced the first-ever entire USDA Certified Organic CBD product line — TheraOne; rolled out Therabody University, the brand’s educational division; and launched the Therabody app that integrates via Bluetooth® with various Therabody devices. In November 2020, Therabody also acquired RP Sports and its clinical Pneumatic Compression Technology, RecoveryPump, with plans to rebrand and relaunch in the second quarter.

With the funds, Therabody said it would continue to accelerate its research and development efforts and invest heavily in its international expansion with plans to launch in ten new countries by 2022.

Cybex to Break Ground on New Facility in Minnesota