A frequently-cited marketing maxim holds that women drive 80 percent of consumer purchases at retail. While finding the original source of that figure has proven to be elusive, most will agree that women are responsible for a significant level of spending in the sports and outdoor lifestyle market.

The 80 percent figure is often cited to emphasize how women are underestimated and under-served as customers. The theory bases the high purchasing power on how much a women will buy for herself and for others (husband, boyfriend, kids, etc.) as well as how much she will influence other purchases. That buying acumen is often backed by stats around the female gender's growing economic power, their increasing role in the household, as well as perhaps stereotypical views on their propensity to shop.

In the sporting goods space, the womens influence on purchases has mushroomed with increasing participation by girls in team sports and more women overall staying active much later in life. The role women play in making purchases for members of her family represents an opportunity for retailers.

At Finish Line, for example, sales of men's footwear represent more than half of the purchases at the flagship chain, but women influence a significant amount of these purchases. “Not only is the female consumer weighing in on the purchases of the males in her life, she is often the final decision-maker of teen and kids footwear purchases,” says Sam Sato, EVP and chief merchandise officer.

“When women are passionate about a product or brand, they become strong brand advocates,” says Dan Sullivan, strategic business unit manager, running, at New Balance. “With social networks and the speed of technology, they spread the word about what they like, directly influencing purchasing decisions with other women, but especially with the men in their lives.”

At full-line sporting stores, observers agree that moms have been doing much of the buying for kids' team sports needs for some time, especially in younger age groups, as well as driving categories such as paintball.

“Theyre the ones who are responsible for running the house and the budget, particularly for single-income households,” says Bob McArthur, president at Johnny Mac's, the team dealer and retailer. “And she of course is geared toward making the dollar stretch as far as she can.”

However, women's purchases at full-line sporting goods chains overall appear to lag well below the 80 percent rate cited across other retail categories.

One reason, according to observers, is that although women's participation is increasing across sports, most continue to be dominated by males, including hunting, golf and most team sports. Many men also like to make technical purchases themselves  including not only equipment but frequently technical apparel and footwear as well.

Ken Meehan, EVP of merchandise at Dunham Sports, concurs, “I don't think a husband is going to have the wife pick up a driver or a baseball or a football item, especially the serious athlete. You might see the casual person let his wife buy him a set of golf clubs or a baseball glove but for the mid- to high-level guy, it's kind of a personal purchase. You also have areas such as hunting, a big business that she often doesn't want to do any buying in.”

Some also feel that as opposed to department stores, men don't mind shopping at sporting goods stores for themselves.

“I think of sporting goods stores almost like hardware stores in that men just gravitate to them,” says McArthur.

Dunham's Meehan said the opportunity for sporting goods chains is focusing on the “female athlete.” While that segment is a small percentage of the overall women's market, it continues to steadily grow.

“Five years ago we didn't have a pink ball glove, pink bb guns or pink kayaks, but all that stuff is now part of our assortment,” says Meehan. “That's where we're going.”

Meehan said Dunham's, whose stores range from 8,000 to 50,000 square feet, has continued to add women's product to its stores to support the opportunity. But he also admitted that competition for the active women's dollar can be fierce.

“It's certainly less of a challenge in our bigger boxes,” says Meehan. “But when you go to a Kohl's, J.C. Penney or other department stores, their whole women's apparel department might be as big as our store.”

One athletic channel capitalizing on women's purchasing power has been run specialty. Driven by increasing numbers of women runners as well as grassroots efforts at the store level to better target female customers, women now represent close to 60 percent of all personal purchases in run specialty, according to John Rogers, owner of the Maine Running Company.

“Women, particularly the 30+, understand that her fitness, health and well being are critical elements to invest in herself. Running and walking are inexpensive ways to do that,” says Rogers. “Additionally, a healthy woman usually represents a healthy family and if she has a great in-store experience, she is more than likely to influence her spouse and other family members to purchase at running specialty.”

“For women, knowledge is purchasing power and women do their homework before buying, be it on the Internet, speaking to their friends or at a run specialty retailer where product education precedes and often determines the buying decision,” says Barbano.

Matt Powell, senior retail analyst for The SportsOneSource Group, says the active women retail opportunity is blatantly evident from the success of Lululemon Athletica, the yoga-themed retailer that continues to generate retail sales well over $1,500 per square foot. Also underscoring the opportunity is interest from major corporations in women's fitness retailing, marked by VF Corp.'s acquisition of Lucy in 2007 and The Gap Inc.'s purchase of Athleta in September 2008.

Although full-line sporting goods chains may face distinct challenges targeting women versus specialty stores, Powell believes the opportunity is too big to ignore. Attributing the failure to maximize the womens business on a lingering “male bias” across the industry, Powell says many specialty stores are showing full-line sporting goods chains the way to reach the active women.

“Women are only going to go to places that take care of her needs,” observes Powell. “It's about really understanding what she wants and then filling those needs. I just dont think anybody in the sporting goods industry has really made a terrific attempt at getting to the active women. Lots of stores successfully sell to both men and women. A sporting goods store doesn't only have to be a guy's store.”

Editor's Note: The complete version of this market analysis and much more on the female consumer is featured in the March issue of SGB. To reserve your copy, contact the SportOneSource circulation department at 704.987.3450 x107 or subs@SportsOneSource.com. 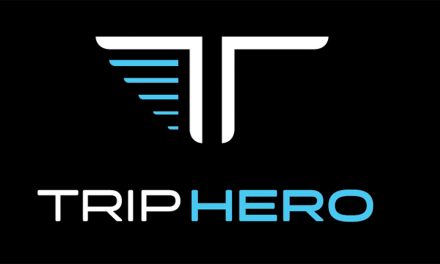