The North Face To Sponsor Mountainfilm

Mountainfilm Executive Director Sage Martin said The North Face’s commitment to conservation, storytelling and exploration made the brand a good fit for the festival.

“Through adventure films, expeditions and athletes, The North Face and Mountainfilm are undeniably connected by pushing the boundaries of what’s possible and by sharing a passion for adventure storytelling,” Martin said. “At Mountainfilm, we work to inspire audiences to create a better world, and by partnering with The North Face, we see an opportunity to broaden that mission even further. We are honored to be aligned with this force of a company and their indomitable athletes.”

The sponsorship comes as The North Face has placed a major focus on diversity in recent years. As part of the “Move Mountains” initiative launched in 2017, the brand committed to equal gender representation in all marketing and content and equal pay for their athlete team. Among the brand’s athletes are many past and current Mountainfilm subjects and guests, such as Hilaree Nelson, Ingrid Backstrom, Conrad Anker, Margo Hayes, Cedar Wright, Renan Ozturk, Emily Harrington, Jimmy Chin, Alex Honnold and Angel Collinson.

The brand has also long committed to serving natural and wild lands by helping to conserve them. Those values are shared by Martin said Mountainfilm.

Longtime The North Face global athlete team and accomplished mountaineer Conrad Anker served as Mountainfilm’s guest director for its 40th anniversary festival in 2018. The pairing was a huge success and led to the new partnership with The North Face. Anker recently handed the mantle of global team captain to fellow athlete at The North Face and Telluride local Hilaree Nelson. At the 2019 festival, Nelson — a professional ski mountaineer who has notched some of the sport’s most notable achievements — will present on making the first successful ski descent of Lhotse, the fourth-tallest mountain in the world (a feat she pulled off in September 2018 with ski mountaineer partner Jim Morrison).

“I’m humbled and excited to share my story at Mountainfilm,” Nelson said. “Not only because it’s my hometown crowd, but also because the festival and its guests always leave me feeling incredibly inspired and energized. I’m also excited about this new partnership between Mountainfilm and The North Face, and feel it’s a great fit.”

Established in 1979, Mountainfilm’s flagship program is the Mountainfilm festival in Telluride, a one-of-a-kind combination of films, conversations and inspiration. Mountainfilm also reaches audiences year-round through its worldwide tour and Mountainfilm for Students, an educational outreach initiative for youth. Learn more at mountainfilm.org. 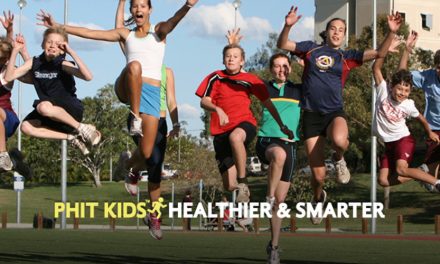