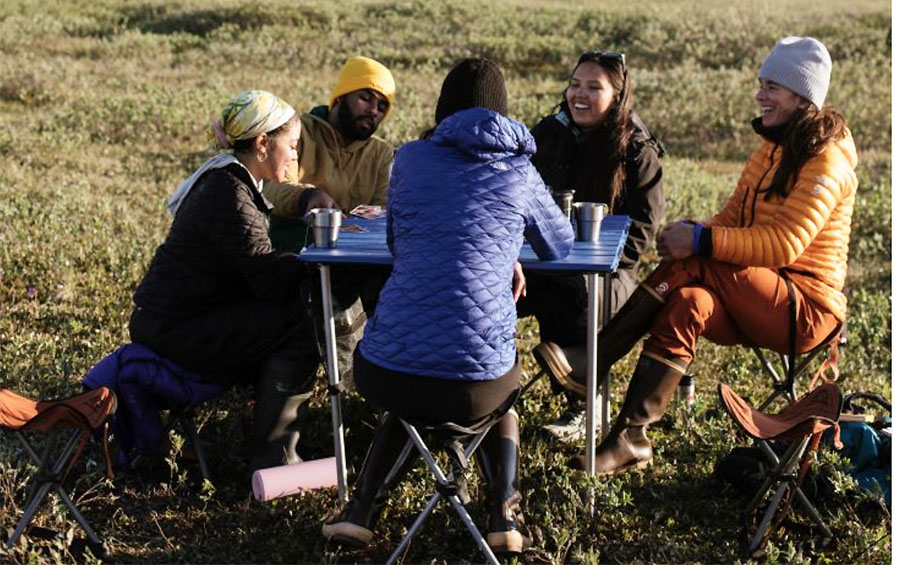 The North Face is launching a campaign to engage 18-to-25-year-olds in Arctic advocacy in partnership with Alaska Wilderness League.

The North Face noted that while many of today’s youth are passionate about activism, a new survey from The North Face and YPulse finds that 68 percent of Americans aged 13-17 were unaware of threats to the Arctic Refuge, but upon learning about the issue, 84 percent were opposed to drilling in the region. The survey results are here.

In the company’s advocacy campaign, The North Face noted that for the first time in decades, the Coastal Plain faces potential oil and gas leasing, which would forever change this landscape. As the government took on Tax Reform in Washington DC in 2017, Alaska Senator Lisa Murkowski inserted text into the final bill, which added oil and gas development as one of the “purposes” of the Arctic National Wildlife Refuge.

“The Administration is mobilizing to hold oil and gas lease sales by the end of this year, before the true impacts of Arctic Refuge drilling can be understood. This is a significant human rights issue that deserves the attention of young Americans,” the campaign’s website states. “By signing this letter, you are telling Congress you don’t support development in the Arctic Refuge. We’ll also let the administration know you disapprove, and will share your opposition with the oil and gas corporations that want to drill for Arctic Refuge oil.”

The campaign and survey come as The North Face recently brought together a diverse group of explorers for an expedition to the Arctic National Wildlife Refuge, which is home to 19.6 million acres of public, pristine land and considered the last remaining wilderness in the US. The six young creators, from a Youtube Comedian to a Bronx-Based Oil Painter, were paired with The North Face athlete and Arctic advocate Kit DesLauriers, on an expedition into the Refuge. A blog entry on their experience is here.