The Impact of Low Retail Inventories

Tough times call for prudent inventory management at retail. But is the industry overdoing it?


As retailers work to keep inventories lean this year and focus on bottom-line profitability instead of just top-line growth, some are starting to get concerned that the market may over-adjust and hinder a recovery in the back half of the year.  There are also concerns that retailers’ SKU rationalization initiatives may stifle the development of innovation, new ideas, new products and even new brands that are the backbone of the growth of the sporting goods industry.
But after undergoing a brutal downtown, still unsightly unemployment and consumer confidence figures, and a fuzzy view on the extent of any second-half bounce back, the market apparently remains committed to conservative inventory planning — even if it means giving up potential short-term gains.
The move to tighter inventories is resulting in reduced markdowns and improved margins. Limiting SKUs also reduces risks by focusing on proven winners. And reduced inventory preserves working capital in a still unsettled economy and credit market.
While it seems like the market is perpetuating a self-fulfilling prophecy, it is exactly what many Americans are doing to get their own financial house in order — and what many would suggest Congress should do as well.
Marshall Merriam, footwear product manager at Eastern Mountain Sports described the environment as one where tight inventories can open up new opportunities, but everything must be taken in moderation. “There's a fine balance between growing the top line and tightening expenses,” said Merriam. “But as a merchant, I'm ultimately charged with growing gross profit dollars. The inventory dollars saved by responsibly tight inventories is what funds other top line opportunities. And the markdown dollars saved on bloated products fuels the profit engine. So yes, I think it's healthy for us to tighten our inventories. And personally, I see that as not only compatible with growing a profitable business, but imperative. “Responsible growth” might sound trite, but it's not a bad mantra in this climate.”
Ron Parham, senior director of IR and corporate communications at Columbia Sportswear, notes that besides margin pressures, another side effect of being over-inventoried is that excess product often winds up in discount stores that can tarnish a brand's image and full-price sales of newer product at core channels. Retailers also struggle to get behind new seasonal initiatives when older product needs to be cleared. But the time required to clear merchandise is the biggest frustration. Parham says that after over-expansion caused a similar over-inventoried situation in the late 1990s, two years were spent liquidating those excess inventories.
“It amounts to the lesser of two evils,” says Parham. “But in our experience it's better to have a little pent-up demand by being under-inventoried. If that means there's a little bit of a sell-out situation that would be a high-class problem.”
Todd Spaletto, VP of sales at The North Face, says that many people have been viewing 2009 as “the year of the margin.”  He elaborates, “Last year's overly-promotional retail environment really hurt gross margin dollars — the lifeline of how our specialty retailers provide premier customer service. I think most people are less concerned about big increases in top line sales, and more concerned with showing a healthy bottom line Short term, I think it is the right strategy for our industry to have in 2009.”

Spaletto continued, “However, long term I believe we need to recognize the importance of new, innovative ideas that create excitement with the consumer and establish the foundation for future years' growth.”
Currently, a key challenge for many retailers is figuring out how to bring some freshness to store assortments and avoid under-stocks despite the inventory cuts. This has placed a greater urgency around developing better consumer research to ensure strong initial buys. But the measures taken by many of the largest retailers in the market also risks creating more “terminal sameness” across the retail landscape as retailers all move to reduce risk and focus on the same key products from the same key brands.
“The number one issue on inventory is that every store is different,” says Craig Levra, chairman and CEO at Sport Chalet. “Every store has a different customer base by category and it puts incredible pressure on your people and your systems to make sure every store is merchandised exactly right.”
With no other major bankruptcies outside the Joe's Sports and the Sportsman's Warehouse issues, the industry has so far weathered the downturn better than many expected.  Unlike past downturns, both retailers and vendors are dealing with the credit crunch in addition to plunging consumer spending. Part of the inventory reduction reflects the fact that many smaller stores still can't borrow as much against their credit lines. But for many, the need to conserve cash became paramount for survival.
Ricky Schlesinger, the executive vice president at Eagle Creek, believes that the lack of inventory at retail is putting more pressure on manufacturers, who are also cutting back on their inventories. This one-two punch to the product replenishment pipeline is going to negatively impact sales in the near future.
“The financial health of the retail sector is critical to the entire supply chain of consumer goods,” said Schlesinger. “These recent retail inventory pull backs have put pressure up stream on the manufacturers' inventory, which is being scrutinized as well. These lean inventories in the pipeline will result in stock outages on the retail shelf which will have a negative effect on sales. If and when consumer demand picks up there will be greater stock outages, and an initial scramble for goods which will temporarily dampen the recovery.
With many vendors equally conservative on inventories, the industry still faces unavoidable limits getting back into product given the long lead times for just about every category, according to analysts. Matt Powell, senior retail analyst at SportsOneSource, believes the overall cautiousness is hurting new ideas.
“New brands and products are the lifeblood of our industry and should not be overlooked,” observes Powell. “New items and categories are part of leading us out of this mess.  However, the tests must be small and controllable.”
>>> Failure to innovate can be one of the biggest risks for the outdoor market… 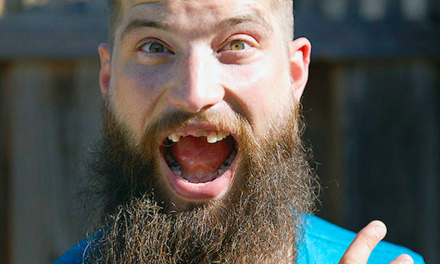