The Finish Line saw net income jump 18.8% for the fiscal second quarter ended August 28, missing Wall Street expectations by two cents for the period while achieving their previous guidance. Analysts, however, shook off the miss as the retailer pointed to larger investments in their catalog/Internet business that fueled increased sales there as well as in-store.

What may also have tempered Wall Streets reaction may be the retailers strong start to Q3 as well as a hint picked up in the quarterly conference call that could point to acquisition opportunities in the near future.

FINL on Friday fielded questions from analysts looking for reasons why the company would not buy back stock, but hinted at some behind-the-scenes use for its cash stockpile. “You dont know about everything thats going on and obviously I cant talk about everything thats going on,” said FINL chairman and CEO Alan Cohen when pressed by an analyst for reasons why they would sit on nearly $110 million in cash. “We try to be as open as we can and we try to be consistent as we can.”

The Finish Line will have to find ways to expand their model faster if they hope to continue to grow at the pace they have trained Wall Street to expect. They are now up against much more difficult comp store sales and earnings growth figures from last year that will clearly temper future gains.

After their failed bid for the Footaction stores that ultimately went to Foot Locker in April, and an early interest in Hatworld, they could look at another specialty retailer, or could look to the only other athletic specialty retailer of consequence left in the market.

Athletes Foot, which also has its roots in the running specialty market, could be an interesting idea due to their heavy penetration of stores in the I-95 corridor.

But thats all speculation, a refection of talk SEW hears in the aisles. What is factual is FINLs solid moves to consolidate its grip on the performance fashion market in the mall.

Although the Finish Line saw its comp sales increases moderate throughout its fiscal second quarter, bringing its string of double-digit same-store sales gains came to a halt, they still easily outpaced their primary competition, posting 6.5% comp store sales gain for the quarter on top of a 21.4% comp gain in the year-ago period. The inclusion of internet sales had the effect of increasing Q2 comparable sales by 1%. June kept the double-digit trend alive, increasing 11% versus June 2003, while July comps rose 6% and August delivered a 4% same-store sales increase on top of a 29% comp sales increase in August last year.

Footwear comped up 8.4% on top of an 18% gain in Q2 last year, fueled by a 6% increase in average selling prices that was attributed to strong performance product sales from Nike and adidas.

The Running footwear business was said to be up in double-digits.

Classic footwear from Reebok, K-Swiss and New Balance was also called out as key performers. The Mens Footwear business was up low singles, driven by running and basketball, and Womens and Kids were up double-digits, driven by Running and Casual. June Footwear comps were up 14%, while July increased 9% and August rose 4% versus a 27% August comp sales gain in Footwear last year.

Apparel/Accessories comps dipped 1.2% in the quarter versus a 38% comp sales increase in Q2 last year. The quarter improved at quarter-end as June Apparel comps declined 3% and fell 7% in July, but increased 5% in August. August comps were up 39% last year. FINL said they saw growth in branded and Private Label, but they could not offset the drop in fashion Licensed Apparel sales in the period. The retailer did say that Licensed Apparel sales were “encouraging” in August and that the NFL jersey business for Reebok is off “to a good start”.

Cohen said he believes they re-captured the sales that slipped out of August and into September, citing three week MTD comp increases in the double-digit range.

Gross margin improved due in part to a 50 basis point gain in product margins, which was driven by “strong sell-through of performance-based product” and a “less promotional selling environment.” GM was also positively affected by a 40 point reduction in occupancy cost due to leveraging of increased sales.

The SG&A increase as a percent of sales was attributed to increased marketing expenses at the retailers catalog/Internet unit. FINL doubled the number of catalogs distributed versus last year, resulting in a 65% increase in Internet traffic and a doubling of Internet sales. Cohen also said they have strong anecdotal evidence of increased store traffic from the catalog mailings.

They see the increased spend leading to achievement of longer term goals. 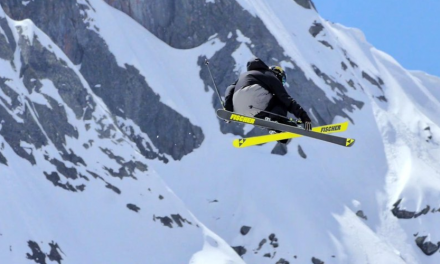