Sports Executive Weekly first reported on the move six weeks ago (SEW_0533) after a mall developer let the cat out of the bag, but The Finish Line provided a bit more detail on their intentions in their quarterly conference call with analysts on Friday.

Complete details of the new format were not revealed due to competitive reasons, but it appears that FINL plans to roll out at least 200 doors of the unnamed concept over the next few years. CEO Alan Cohen said that the new concept will be a “unique multi-channel premium athletic specialty store that speaks to active, trend conscious women through its products, brands, store environment and elevated level of customer service.”

Five stores are planned for the initial rollout in April 2006. Earlier reports had indicated a dozen stores in time for Holiday. The average store size is seen in the 4,000 sf neighborhood. FINL will open in a variety of geographic test locations with the first round of store openings.

The target consumer for the primarily mall-based stores is seen as a 25- to 40-year-old active woman, who exercises at least once a week and has a household income of more than $80,000. Management sees little crossover with its current Finish Line format, which caters to the 13- to 22-year-old consumer.

The product mix in the new stores is planned to be approximately 70% softgoods and 30% footwear. Mr. Cohen sees a mix of branded and private label product in the assortment.

The company has already started to staff up for the rollout, tapping Jeff Pofsky, a former senior womens apparel buyer from Target as the VP/GMM for the stores. Product development, merchandising, marketing, and store operations teams will be completely separate from the Finish Line store personnel.

FINL, which tried to acquire the Footaction stores that ultimately went to Foot Locker, Inc., will now have three different formats serving unique segments of the marketplace. They acquired the 38-store Man Alive chain in January 2005.

The Finish Line may be looking at its new womens only store concept as a long-term solution to its current short-term issue in its womens business. While womens footwear comps have jumped more than 50% over the last two years for the mall retailer, the business comped down in mid-singles for the second quarter ended August 31. Mens comps were down in low-single-digits and the kids footwear business was up in double-digits, its tenth consecutive quarter of positive growth.

Total footwear comps were flat for the quarter versus an 8% increase in Q2 last year. Average selling prices per pair declined 1% for the period, the first decline in six quarters.

There is little dispute that Nike Shox has had a major impact on increasing the importance of Finish Line womens business over the last year, but the retailer has seen a shift in trends to more open-toe and sandal product, which Finish Line has little focus on. There is also a shift to lower profile fashion athletic goods, which Finish Line apparently under-planned for the season. These shifts also caused a decline in average selling prices in womens, which were down about 7% for the quarter. Still, FINL said they actually sold more units and dollars in womens Shox this year than last year.

The mens running business was still showing strength, as was the mens fashion athletic and casual lifestyle business. The gains here were offset by “significant weakness” in mens basketball and “womens footwear in general.” Mens footwear ASPs were “up slightly” for the period.

FINL is apparently starting to feel the effects of broader distribution of Nike marquee product at Foot Locker, Champs, and Footaction. They may also be feeling some impact of the family footwear guys picking up some of the running business, especially on the womens side.

Management has, in the past, highlighted the high percentage of their product mix that was exclusive for a given season, but indicated on this latest call with analysts that they had no exclusive product for the coming seasons, except for some color-ups.

In addition to the increasingly competitive environment, The Finish Line also pointed to an increased promotional environment in the mall, as well as “limited introductions” of new and compelling performance products.

FINL also took a big hit in the apparel business for the period as the decline in the licensed jersey business led to a 30% decrease in average selling prices in apparel. The apparel/accessories business fell 8% on a comp basis in Q2 on top of a 1% decline in the same period last year. Management said they sold more units versus last year, but lower ASPs led to the sales decline. They are still seeing growth in their private label business.

Internet sales grew more than 30% for the quarter.

In-store traffic increased for the period, but the retailer apparently came up short converting that increase to sales. Looking ahead, Finish Line plans to focus more closely on consumer types for each store rather than the previous practice of all-store buys on product.

The retailers stores that were opened over the last year are also seen as part of the problem, as higher rents in what were perceived as better locations have failed to live up to expectations. CFO Steve Schneider called the issue “probably one of our biggest disappointments right now.” The 115 stores, which carry a higher per square foot cost, are posting sales productivity numbers in the 85% range, or $285 to $290 per square foot, compared to $340/sf to $350/sf in the comp stores. He said they need to see those stores in the $325/sf to $350/sf range to “really make it start to work.”

Management expects to get up to speed on its assortment and chase goods on the fashion athletic side, but doesnt see a 30- or 60-day fix to the issue.

Third quarter comps are reportedly improved from the Q2 performance and are “on plan” to achieve the revised guidance for flat comps and a loss of a penny to two cents per diluted share for the period. Fourth quarter EPS is seen in the 56 cents to 58 cents per share range on flat comps.

Licensed apparel will be reduced to 30% of the total apparel buy for the back half of the year, compared to 45% in the year-ago period. Private label will grow to 35% of the buy from 20% last year, and branded will remain at 35% of the mix.

Average selling prices in footwear are expected to be flat for the second half period. 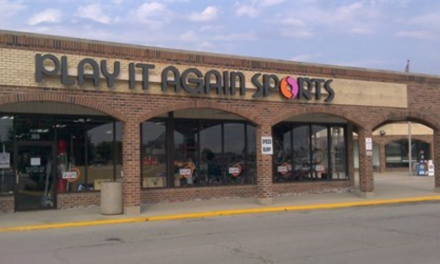