The Death of a Noble Idea: Nau Legacy Cloaked in Irony…

The irony is unmistakable. In the end the company that promised to break new ground in establishing a sustainable business model could not sustain itself.


Nau Inc., launched in 2005, promised to make lasting change in how companies design and bring product to market. Its pledge to build a sustainable business model from the ground up was a siren song to some of the sporting goods industrys best talent.  Its founders came from Marmot, Nike, Patagonia, VF Corp. But it now appears the ventures insatiable appetite for capital  it burned $34 million in cash and was on its Series D round of financing when it suddenly folded last week – doomed it from the beginning (See BOSS_0818).

Nau, launched surreptitiously as Under the Wire in 2005, seemed blessed from its secretive inception. Its co-founders included an attorney who is the son of actor Dick Van Dyke, Eric Reynold, a co-founder of Marmot and Jill Zilligen, who helped run Patagonias “one for the planet” program. The ventures board of directors included chairman Steven Gomez, who had become an industry legend by growing Nikes apparel business tenfold to $3 billion and Steve Luczo, the Stanford MBA who made millions for private equity investors by taking Seagate Technologies private and then public again.

Even so, when the company told potential investors that it would build 50 stores and burn through $100 million in cash by late 2009 before it even broke even, many were skeptical.

The most hotly contested aspect of Naus business plan was its “ship-to-you” retail strategy, which aimed to harness the Web to significantly reduce the companys carbon footprint.  The idea was to build up to 50 small stores across the country in the first year where the company could showcase its brand.  Customers could buy stocked merchandise, but were offered a 10% discount if they ordered online. This allowed Nau to reduce its store size to 2,000 square feet, which dramatically lowered energy usage.  The other big initiative was a corporate giving program that donated 5% of every sale to non-profits, which customers could choose from a list of ten causes screened by the company.

Industry observers contacted last week universally praised the companys brave vision and marketing, but said its business model was flawed from the beginning because it sought to change and to grow too much too fast.

That made it very capital intensive, said Robert Farinholt of Silver Steep Partners, an investment banking boutique that specializes in bringing outdoor companies and investors together.   “Nau seemed to have as aggressive a retail rollout strategy as a Zumiez (which opened 50 stores in 2007), although without nearly the same access to capital or store economics,” said Farinholt.

Others questioned the companys minimalist approach to branding, which included not putting a logo on any of its apparel.

“To go with a no branded, very laid back approach into retail and then to believe the consumer would be happy to wait three days to put on a garment after trying it on was probably not realistic,” said Ken Barker, a principal at Meriwether Capital Partners, which passed on investing in the company on three separate rounds.  “Apparel is a very emotional thing, its not like a toothbrush and people want to put it on when they buy it. It flies in the face of consumer research.”

Meriwether passed on Nau, because it perceived that the company was top-heavy, yet lacked the sourcing expertise it needed to pull off its ambitious plans.

Another major flaw in Naus business model was to focus on the 28- to 37-year-old, rather than the 20-something who is driving the sustainable economy, said Andrew Estey, a former Nike designer and co-founder of END, a Portland start-up that is also building its model around sustainability.  That demographic, Estey noted, cant afford a $200 to $300 jacket.

“Thats the soccer mom you are going after and the professional individual,” said Estey. “Weve gone the complete opposite direction. We are targeting that 20-something who has grown up with their parents brand, adidas or whatever – so there is not a brand out there for them right now.”

Ian Yolles, director of marketing for Nau, said the company proved two aspects of its business model are viable. Company data show that 45% of its customers were opting to have product shipped, well ahead of projections.  Secondly, 93% of its customers took the time to select a non-profit at checkout, rather than delegate the choice to Nau.

“The customers were into what we were doing,” said Yolles, who was Nikes online marketing guru before joining Nau.

Of all the ironies surrounding Nau, Yolles is most struck by how investors turned away from the company just as it was gaining momentum. When the company announced it would begin winding down operations May 3, it had five stores up and running, four under construction and had just been featured in Fortune magazine and a Sundance Channel documentary.

In the end, Nau donated $250,000 to non-profits, indicating it had sold about $5 million in merchandise.

Since May 3, Yolles said traffic has spiked at the companys Web site as shoppers snap up its $258 jackets and $115 shirts at half price. Nau had not filed for bankruptcy as of Friday and plans to keep operating the site to liquidate its inventory.

Some creditors wont get paid in full, Yolles said. 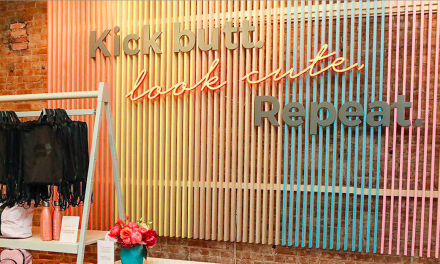