The Clarks Group appointed Thomas O’Neill to the role of company chairman.

The announcement comes as current chairman, Peter Davies, reaches the end of his term in the role.

As an experienced non-executive director on the board, O’Neill already has in-depth knowledge of the business. In addition to his work with Clarks, O’Neill has extensive experience in global retail brands having been CEO of internationally renowned jeweller Harry Winston in New York, and President of the Harry Winston Diamond Corp, from 2004 to 2010. Prior to this he held the position of Worldwide President for London-based fashion house Burberry between 2001 and 2004. He has also held senior roles at LVMH, Marc Jacobs and Tiffany & Co.

Melissa Potter, CEO at The Clarks Group, said: “We are delighted to appoint Thomas to the role of chairman. His extensive experience working with global retail brands in the USA, Europe and Asia combined with his in-depth knowledge of the Clarks business make him a natural choice for the role of chairman.

“As we welcome Thomas to his new role, I would also like to take this opportunity to thank Peter on behalf of the board and the company. Peter has successfully steered the Group through a period of major change during his time as chairman and has offered us unstinting support and wise counsel. “

O’Neill said: “I am very pleased to be appointed chairman. This is a wonderful company, with a strong heritage and exciting growth prospects globally. I look forward to being part of the next chapter in the story of this unique and much-loved brand.” 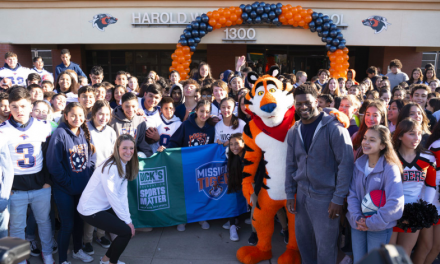