Outdoor sporting goods retailers appear to have met or exceeded their expectations over a surprisingly strong Thanksgiving holiday weekend and see few signs sales growth will diminish in coming weeks, thanks in part to cooler weather across much of the United States.

A slough of online polls and surveys estimated overall retail sales grew in the 4% to 7% range while online sales growth hovered at about 20%, or just under last years pace over the holiday weekend. Those same numbers appear to apply to action sports retailers, indicating that analysts fears that falling housing prices, tightening credit markets and a generally more pessimistic economic outlook than a year ago would dampen consumer spending.

Sales growth at retail stores ranged from flat to “surprisingly strong,” while online retailers said they were hitting or exceeding aggressive sales goals. Average spending appears to have been flat, which coincided with national reports that individual consumers spent on average about 3.5% less over the holiday weekend. It remained unclear how much online sales were cannibalizing sales at retail stores; however, for companies integrating their online and brick and mortar operations, this is becoming less relevant.

Promotional activity continued to intensify and become more varied online as retailers improved their ability to promote slow moving inventory on the fly. One national survey said a third of online retailers now offer free shipping, while two-thirds offer some form of incentive from free gifts, gift cards and discounts to in-store pickup. Several online retailers halved the minimum purchase for free standard delivery and several offered free overnight shipping on specific brands. Both big box and independent store chains said they were comfortable with inventory levels and had not yet resorted to widespread discounting.

“Black Friday was surprisingly strong and it remains strong so far,” said Larry Whiteley, a spokesman for Bass Pro Shops. “Basically we had the same sales prices as last year.”

Cooler weather arrived just in time to improve sales over last year, one of the warmest winters recorded in U.S. history. That temperature shift helped move outerwear items such as down and fleece jackets.
Arc'Teryxs Gamma jacket, Olukai leather sandals and Patagonia footwear for men sold well at the nine stores operating by Great Outdoor Provision Company in North Carolina. “There was strong interest in fashion sportswear, lifestyle product,” said GOPCs marketing guru Chuck Millsaps. “Stuff you could wear comfortably in a drizzle in the mountains in the afternoon and then wear to an upscale restaurant that night.”

The big story continued to be explosive growth of online sales by both brick and mortar retailers like Moosejaw Mountaineering Inc. and GSI Commerce.

Moosejaw, which operates seven stores in Michigan and the Chicago area and six websites, said its online sales were up 50%, compared to 20% growth at its stores. “All numbers were where we wanted them to be and we have expectations much higher than rest of retail industry,” said Indy Bishop, director of marketing.

The online growth was driven by strong sales of snowboarding clothing brands like Volcom, Four Square and Special Blend, as well as more precise online marketing and a greater ability to promote specific items in bursts when they did not sell to forecast, Bishop said. “This is the second year we really got into those snowboard brands and there has been a significant amount of growth, because our target demographic and audience are demanding those brands,” said Bishop.

“They dont want to have to go to three different stores to buy North Face, Burton and Volcom. Now they can get them all from one.”
Bishop estimated about 60% of the growth is coming from web-savvy younger shoppers and 40% from older consumers who are becoming increasingly comfortable shopping online, even for fit-intensive products like snowboard boots. The company has dropped its minimum order for free ground shipping from $49 to $29 to match the competition and offered free two-day shipping on The North Face products.

Rather than discount, Moosejaw has focused on gift promotions this season. Moosejaw wanted to raise the bar this year with its promotions, so they offered a free Marmot PreCip jacket to anyone who spent at least $100 on Marmot merchandise. “Marmot sales exploded and are up 300% for the entire month, so the impact did not just last that week,” said Bishop. “It went another month.”

Moosejaw fine tuned its search engine advertising. Rather than buy generic words like “tent,” it bought specific product names. This allowed it to thin out customers who might be looking for a $100 car camping tent from Wal-Mart. That in turn drove up its conversion rate. However, the big emphasis at Moosejaw and other fast-growing online sites has been moving toward promotion bursts, or quick sales that may endure only a few hours. “In house we call it creating urgency,” said Bishop. “If you put up a promotion that is going to be live for a month, they say I wont buy now, Ill just wait. Its a huge advantage to be able to shift on the fly like that. If we see something is not selling the way we want it to be, we can put a huge promotion on line.”

GSI Commerce is also getting good results with the practice, said Bob Liewald, executive vice president of sports at the e-commerce company. “This whole sense of creating urgency was impossible before, because we were loading prices once a day, but now we can do it intraday. You can do a compelling offer on a daily basis or even do multiples of them.”

GSI expects Dec. 12-14 to be their biggest shipping days, while Moosejaw expects sales to peak on the first two Mondays of the month as shoppers who cant find what they wanted at local stores over the weekend order from work on Monday.

Moosejaw hopes to capture more last-minute business this Christmas with e-mail based coupons. Up until last year, it mostly mailed gift cards, which could take up to a week to deliver. Moosejaw is contemplating issuing a separate free $25 gift certificate for every $100 certificate it sells, said Bishop. None of the retailers interviewed by The B.O.S.S. Report detected signs that consumer spending will decline as the holidays approach. 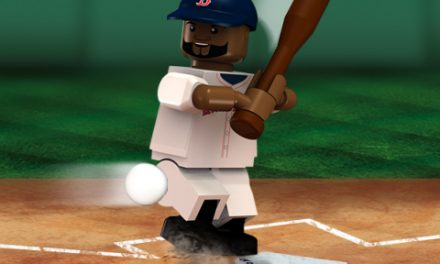