Textile Imports from China Double in 2002

Imports of Chinese-made textile products more than doubled in the United States in 2002, surpassing Mexican textile imports for the first time in eight years, according to trade figures released Thursday.


Textile companies in the Carolinas fear the surge spells further doom for the industry, as low wages overseas threaten further layoffs here. And last year’s surge could be only the beginning: In 2005, the quotas that still constrain Chinese imports are to be eliminated entirely, raising the prospect of a greater deluge.


“Theyre taking all the oxygen out of the air,” said Jock Nash, Washington counsel with Milliken & Co., a Spartanburg, S.C.-based textile company.


As some in the textile industry renew calls for quotas to slow the surge, others are forging closer ties with China by setting up operations there.


Overall, textile imports jumped nearly 17 percent from 2001, to more than 38 billion square meters of fabric worth $72 billion, the most ever, according to figures from the U.S. Commerce Department.


Also on Thursday, the Commerce Department reported that the nation’s trade deficit grew to a record $435 billion in 2002, as imports of autos and other consumer goods hit record highs. The United States ran up the biggest trade gap with China, importing $125 billion but exporting only $22 billion, a $103 billion deficit.


As the world’s most populous country, with 1.3 billion people, China has a manufacturing prowess second to none. The county’s low wage rates appeal to companies in a variety of industries, from apparel to electronics.


Chinese textile workers, for instance, receive an average of 69 cents per hour, compared with the U.S. average of $14.24, according to Werner International Inc., a Reston, Va.-based textile consulting firm.


In many cases, that inexpensive labor translates to cheaper prices for American consumers.


In the Carolinas, textile employment has fallen by 79,000 jobs in the last five years, to 174,000. Charlotte has historically served as a hub of textile commerce, offering machine parts, consulting and other services.


More than a decade ago, Universal Manufacturing Corp. of Shelby stopped its U.S. production of children’s pajamas and nightgowns in favor of less-expensive factories in the Caribbean. Now, the company, which sells to Wal-Mart and Target, is scouting plants in China.


“In order to be competitive, that’s where we have to bring it in from,” says company president Harvey Gossett. The company employs about 30 in Shelby, mostly in sales.


Quotas on infant garments were removed last year, and imports from China in 2002 surged more than nine times 2001 levels.


Much of the textile industry supported the 1994 North American Free Trade Agreement, which encouraged trade with Mexico and Canada. The theory was that if labor-intensive work could be done in Mexico, U.S. firms could survive by supplying those companies with the yarn and fabric used to make clothing.


For a few years, that strategy appeared on track, as Mexico became the top source of textile and apparel goods, many of them using U.S.-made materials.


But now, “everything weve worked for all these years is starting to get eroded,” said Charles Bremer with the American Textile Manufacturers Institute in Washington.


The Commerce Department has not yet responded to the request because it is still developing the “procedural framework” to evaluate it, a spokeswoman said.


U.S. companies can stay competitive if the government restricts the surge of Chinese textile products and halts efforts to eliminate tariffs on textiles, Bremer said.


Some companies are embracing trade with China.


Mount Holly-based thread-maker American & Efird Inc. plans to aggressively increase its presence in China in the coming year, said Thomas “Tad” Dickson, chief executive of A&E parent Ruddick Corp. A&E will increase its manufacturing in China through acquisitions, joint ventures or construction of its own facilities there, Dickson said after Ruddick’s annual meeting Thursday in Charlotte.


Some textile executives say theyre unhappy about having to shift to China, but it’s the only way to survive.


“Well have to look around in a lot of those (Asian) countries,” said Anderson Warlick, chief executive of Gastonia-based Parkdale Mills. “If that’s where our customers go, well have to try to supply them.” 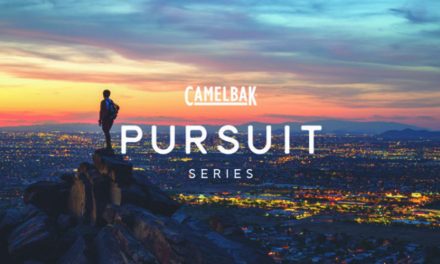