The Telluride Venture Accelerator (TVA), which targets targets entrepreneurs with innovative high growth businesses in the outdoor recreation, tourism, natural products, health, energy, water, and education sector, has begun accepting applications for its 2015 cohort of entrepreneurs and businesses. Applications will be open through Oct. 15 at 7pm MST.

The Telluride Venture Accelerator (TVA) announces the availability of applications for its 2015 cohort of entrepreneurs and businesses. Applications will be open through Oct. 15 at 7pm MST. The Telluride Venture Accelerator (TVA), a program of the Telluride Foundation (a 501(c)(3) community foundation) invests human and financial capital in innovative enterprises with the aim of building and strengthening the entrepreneurial community in the Telluride region. TVA seeks to create a self-sustaining entrepreneurial ecosystem bringing innovation, jobs, ideas and a renewed dynamism.

TVA targets entrepreneurs with innovative high growth businesses in the outdoor recreation, tourism, natural products, health, energy, water, and education sectors. Within these categories, TVA prioritizes technological products and services (e.g. software, mobile, mobile apps, hardware) and businesses that have a higher potential to operate virtually from Telluride and/or impact the region’s entrepreneurial ecosystem. TVA will select up to six companies for its 2015 session, which runs from February through June. These companies will receive $25k in seed funding, intensive mentorship, veteran Entrepreneurs-in-Residence, and extensive networks in TVA’s targeted industry categories, all in an unparalleled venue. The five month program helps companies hone their business models, vet financial and go-to-market strategies and prepare to raise funding. The program culminates by presenting to Telluride’s unique investment community – including Demo Day in Telluride and roadshows in Boulder and San Francisco.

TVA boasts over 80 world class mentors, including respected entrepreneurs from target industries. In 2014, over 80% of the mentors participated in person with an average of over 200 mentor hours per team plus 8 extended visits from Entrepreneurs-in-Residence. “What makes TVA so special is its invaluable mentors and the support of the local community,” said Irena Todd, Co-founder of Fresh Monster (2014 TVA cohort). “From legal, to strategic, to industry-specific, TVA allows companies to tap into the brains and skill-sets of highly accomplished mentors who are eager and available to help.  As early-stage entrepreneurs, we felt set up to succeed with ample resources at our fingertips.”

Four companies were selected for TVA’s first cohort in 2013. All four companies are still operating, with two recently expanding into larger manufacturing facilities, one introducing their first product, and one launching their travel portal to hotels and agents world-wide. These four companies have collectively raised approximately $2 million since Demo Day 2013.

Six companies were selected for the 2014 cohort culminating on July 1, 2014 with Demo Day in Telluride and subsequent roadshows in Boulder and San Francisco. Of these companies, two have been fully subscribed with commitments for the six companies totaling approximately $1.7 million. Raising capital to support the launch of start-up firms is the key indicator of success for an accelerator program. The Global Accelerator Network (GAN), of which TVA is a full member, uses the benchmark for success of 30% of company graduates raising $300k or more within the first year, post accelerator. TVA companies achieved 75% over $300k in the first year and have already exceeded the benchmark for 2014, with half of the companies raising over $300k in the first two months since Demo Day.

TVA has also received support and recognition for its model and early successes from prestigious funders such as the Blackstone Charitable Foundation, the Kauffman Foundation, and the Colorado Office of Economic Development and International Trade. Additionally, TVA is attracting the attention of political and business leaders, with Governor Hickenlooper presiding over 2013 Demo Day and Senator Bennet in 2014; Telluride part-time resident Meg Whitman, CEO of HP, made a special appearance at Demo Day 2014, joining the companies for a private breakfast, participating and offering challenging questions during the presentations, and providing contacts and connects for several of the teams. TVA is increasingly gaining the attention of angel investors, angel networks, investment funds and venture capital firms, notably Andreessen Horwitz (Menlo Park) and the Foundry Group (Boulder), which have accepted meetings with our graduating teams.

“TVA has great momentum right now and no doubt 2015 will build on that,” said Jesse Johnson, TVA Co-founder and CEO. “We have had tremendous success to date, attracting innovative companies, helping build them and getting them funded; TVA has now helped raise just under $4 million for 10 companies.” 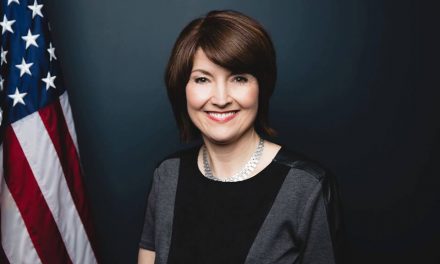