TaylorMade-adidas Golf may owe a fair portion of their recent success to the missteps of neighbor Callaway Golf Company, but the golf division of adidas-Salomon can point to real advances in technology and innovation in both its hardgoods and softgoods business for the recent business gains.

At the recent adidas-Salomon Investor Day in Herzogenaurach, Germany, TM-aG CEO Mark King said that Callaway product line launch delays will benefit TaylorMade. The R7 driver launched in May at a new $499 price point already boasts a 5% market share in Metalwoods. The R5 take-down, which was launched in the fall with less technology and a $329 price point, picked up almost two share points in the last two months, according to the company.

King estimated that North America made up about 48% of total golf market sales, while Japan represented 25%, Europe made up 15% of the total, and South Korea contributed 8% of the golf market. The CEO said he saw potential in China, but the problem is that there are only 200 golf courses in that country. He also said 60% of the golf rounds played in Europe are in the U.K.

The company said that the industry relies on new technology to drive product category sales. They said there was a stable number of players, but participation was flat in the U.S. at 25 million players. The same held rue for Europe, but Asia is finding new players. In the U.S., rounds played have been up a bit this year, but the 480 million rounds played last year are down significantly from the 540 million rounds played in the mid-90s.

On a gloabal basis, Mr. King said the TaylorMade brand share was less than 25%, due primarily to the Japanese golf brands that make up the majority of sales in that country. He said TM has a 20% share in Japan.

Even with the strong growth in the U.S. market, TaylorMade-adidasGolf saw North America decline to 52% of its total business this year versus 69% in 1999. Europe also slipped on a share basis to 14% versus 18% five years ago, while the Asia market jumped to 31% of total sales from just 13% in 1999. Latin America grew from zero to three percent of sales.

In the Irons category, TM is now claiming the #2 spot on a global basis with 15% of the market, up from a 5% to 6% share. In the U.S., TaylorMade holds a 13.5% share of the market, but Callaway still held on to the top spot with 19% and Ping had about 14% of the market. The TM share of the Irons market is up about 250 basis points since Q1 2004, while ELYs share has fallen about eight or nine full percentage points. Ping picked up about five points of share.

King said the company has a new commercial strategy for Golf Balls, a category where they feel they can still compete. He said the Noodle ball has sold two million dozen globally.

The adidas brand Golf Footwear market share has risen to 10% in the U.S. versus just 3% of the market four years ago. Footjoy has maintained its dominance in the Footwear category with a 60% share, roughly flat versus the Q1 2002 period. Nike is also flat over that time frame at about 17% to 18% of the market. King pointed out that adidas holds about 12% of the global Golf Footwear market and was #2 in Europe with 20% of total market share. He said the were “north of 10%” in the Asian market.

In apparel, ClimaCool is driving sales in the Golf Specialty channel and in the Green Grass accounts.

Evidently the sporting goods channel is still slow to react to the growth here as they focus n core golf brands to establish credibility with the consumer. Insiders told SEW that the ClimaCool product has jumped from a relatively small piece of the apparel business to more than a majority of sales.

TM-aG management is forecasting continued mid-single-digit top-line growth, with operating profit estimated at “slightly above that”. North America growth is projected to be in the 5% to 7% range over the next three years, with the R7 driving the gains. King said he saw a little bit of the growth coming from volume, but more from price points. The average selling price increase was driven by a $50 per unit gain. He sees gross margin remaining constant and balanced across the hardlines categories, with Footwear and Apparel “a little less.”

Asia is said to be a “very profitable” region due to higher selling prices. King said U.S. profits were good, but Europe profits are down on infrastructure issues that are being addressed.

Looking ahead, TM-aG feels they can attain 30% gobal market share in the Metalwoods category, with the exception of Japan. However, they also see their biggest opportunity for growth in the Irons category over the next three years. The other key areas for growth are adidas Golf and forecasted double-digit growth in Asia. 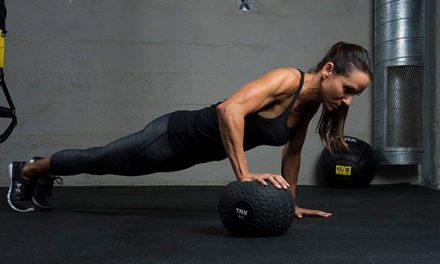